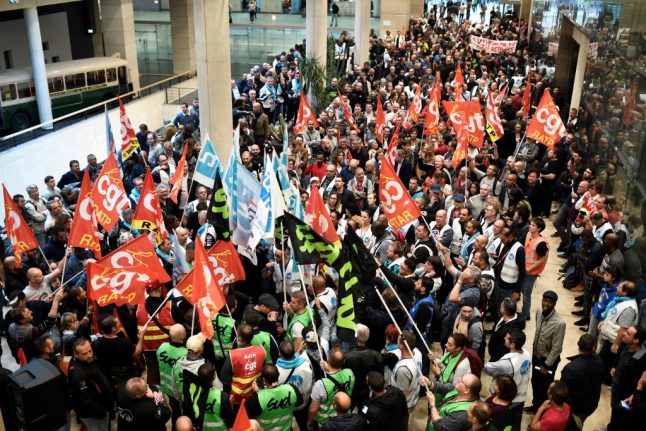 The French government has spent two years consulting on its plans for pension reform, but the full details of what it actually intends to do were revealed by French Prime Minister Edouard Philippe shortly before Christmas.

Unions have already declared many aspects of the plans unacceptable and on December 5th transport workers began mass strike action, now in its second month and the longest-running transport strike in recent French history.

Talks restart on Tuesday, December 7th and more concessions could be offered, but here are the main principles of the government's idea;

A universal system – this is the over-riding principle of the reforms.

Instead of the current system of 42 different pension regimes, with big differences in both how pensions are calculated and the age that workers can retire at, the government wants to introduce a systèm universel which would be the same for everyone.

Invoking the French principles of solidarité and egalité, Philippe announced the end of the 'special regimes' which allow – for example – Metro drivers to retire at the age of 55 and announced that in the future everyone would be on the same pension regime with “no exceptions”.

This is the issue that has caused widespread anger among transport workers, the majority of whom are currently on special regimes. But although the current system works well for some people, in particular public sector workers, others such as low-paid workers in the private sector, farmers and women who take career breaks to look after children lose out.

READ ALSO EXPLAINED What are 'special' pension regimes and why are French people striking to protect them? A points-based system – Under the new system “every hour worked will earn rights”. The major reason for the big disparities in pensions under the current system lies in how they are calculated. For workers on special regimes their pension is worked out based solely on their salary during the final six months of their career, while many others have a calculated based on their highest earnings over 25 years.

The government wants to bring in a system which counts a person's whole career, with every euro earned gaining that person 'points' towards their pensions.

A fairer deal for women – Women “will be the big winners of a universal system” said Philippe. Time out of the workplace for maternity leave will be compensated by 100 percent and extra pension provision will be added for mothers from their first child, not from the third as is the current system.

A minimum monthly payment – €1,000 per month minimum, with pensions pegged to the French minimum wage going forward, so that no pensioner will be getting less than 85 percent of the minimum wage of the day.

Start date  – the reforms will be introduced in phases, with anyone born before 1975 not affected at all. The government previously planned to include everyone born in 1963 or later, but chose to push back the age-limit in response to the strikes. Those entering the labour market for the first time in 2022 will be put straight on to the universal system, with changed phased in gradually for those in between.

However Philippe did add that there would be provision for people doing certain physically demanding jobs, such as nurses, to retire two years earlier. Police officers, firefighters, prison guards and soldiers would also continue to benefit from early retirement provision. CGT union leader Philippe Martinez has previously said only a complete U-turn from the government would stop them from striking. Photo: AFP

Teachers – Teachers have been joining the strike, worried that a universal system would see their pensions – currently calculated based on their final six months salary – lowered. They were singled out in the speech, with Philippe saying: “It would be unacceptable for teachers to lose a single euro of their pension”. The Prime Minister did not specify how this would be ensured.

Self employed – Proposals were suggested for a reform to the system for self-employed workers, but on a longer time frame, with Philippe suggesting a “15-year horizon” for the changes. In the meantime, the pension pots that self-employed workers have built up will not be transferred into the universal system.

Philippe concluded his announcement by saying: “I do not underestimate the complexity of this reform.

“We are gradually transforming the French pension system to build a stronger, simpler, fairer system. We are implementing new social advances”.

The next stage in the process is for the proposals to be presented to ministers on January 22nd then debated in the French parliament, which will happen at the end of February.