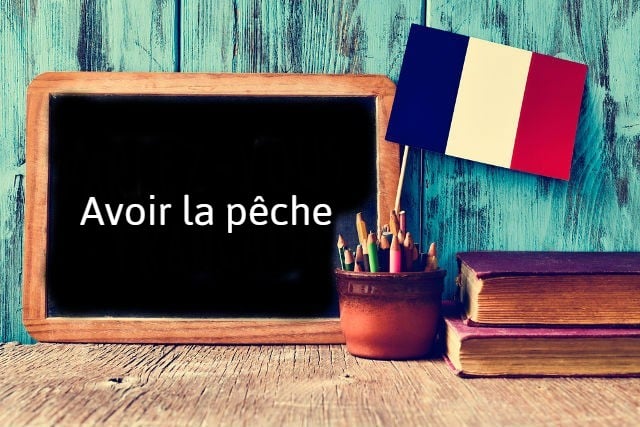 What is avoir la pêche?
Avoir la pêche can be directly translated into 'to have the peach'.
However, if you hear someone exclaiming j'ai la pêche! ('I have the peach!), it does not mean they were participating in some sort of game where the person catching the peach is the winner.
What does it mean?
In fact, j'ai la pêche means that the person is feeling great – probably alluding to those peachy, rosy cheeks, a sign that a person is healthy.
It's the opposite of being crevé – tired/exhausted.
Avoir la pêche is about feeling good mentally as well as physically. People often use it on a Friday evening to say that they are ready for the weekend.
For example:
C'est bientot le week-end, tu as la pêche ? – It's almost the weekend, are you stoked?
Je sentais déjà avant le match que j'avais la pêche, et lorsqu’on a commencé à jouer je me sentais en pleine forme – Even before the game I felt really good, and when we started playing I was feeling in great shape
Dis-donc, tu as la pêche ce matin! – Well, you certainly are in high spirits this morning!
Elle a toujours la pêche lorsqu'ils mettent Beyoncé – She's always in a great mood when they put on Beyoncé.
Inversely, you can use avoir la pêche in a negative form to say that someone isn't looking too peachy:
Je n'ai pas trop la pêche – I don't feel too great
Any other options?
There are several other similar ways to say you feel good, and they all include fruit or veg (the French seem to be crazy about their five a day):
Avoir la patate – to have a potato (read more about this expression here)
Avoir la frite – to have a chip
Avoir la banane – to have a banana.