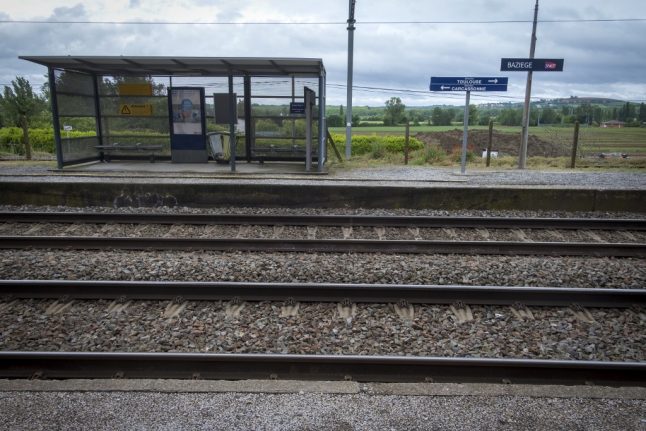 Unions in France have declared a coordinated 'unlimited' strike in France on December 5th which will affect planes, trains, buses ad services such as schools, government offices and rubbish collection as public sector workers walk out in a dispute over pension plans. By law, public sector transport workers must give their employers 48 hours notice of their attention to strike. Now that is has received this information French railway operator SNCF has published details of how many services it will be able to run on strike days.

And it isn't very many.

The best served routes will be the high speed TGV lines between cities, where it is expected around one in 10 trains will run, although SNCF has tried to concentrate what services there are on the busiest routes. So for example there will be six round trips between Paris and Lille, two to three round trips from Paris to Lyon, Marseille, Montpellier, Besançon, Bordeaux, Rennes and Nantes and one round trip to Strasbourg, Nancy, Metz, Reims, Le Mans and Tours.

Intercité routes between towns will be the worst hit, with virtually nothing running – one round trip guaranteed during the day on the Paris-Clermont-Ferrand route, and Paris-Brive and two on the Paris-Rouen-Le Havre route.

On the Transilians suburban commuter trains, around 10 percent of services will run.

These announcements only cover services run by SNCF, but because signal workers will be striking, any train that runs through France could be affected.

Eurostar has already announced dozens of train cancellations for Thursday and Friday and will be running roughly half of its usual services.

And the international Lyria and Thalys routes will also be affected. Lyria – which runs between France and Switzerland – will be running a single return service while Thalys – wich goes to Belgium and the Netherlands – will be running two out of three services.

There will be no trains between France and Italy and France and Germany.

The Eurotunnel will not be affected, nor will cross Channel ferries.

Train companies are offering free cancellation or exchange of all tickets on strike days.

“Thursday is going to be very difficult for our clients,” SNCF spokeswoman Agnes Ogier said at a press conference. “We ask our clients to cancel their trips or postpone them if they are able.”

READ ALSO Flights, trains and buses, your questions answered about the December strikes the level of disruption on the railways has not been seen since 1995, when the country ground to a virtual halt for three weeks in another protest over pension reform. The last major French rail strikes – in 2014 – saw around 20 to 30 percent of normal traffic running.

Air travel will also be affected as air traffic controllers and airline ground crew are joining the strike – around 20 percent of flights will be cancelled. For full details click here and also bear in mind that transport to and from airports is likely to be affected.

And road travel could also be affected as hauliers join the strike.

Separately, a haulage union has announced that it will be staging rolling roadblocks across France on Saturday in a protest over fuel tax, which is likely to add to the general transport misery.

And in addition, a blockade of oil refineries is currently ongoing which is leading to filling stations across the country running short of petrol and diesel.

The Local has put together a December strikes section, click here to see all the latest transport information and strike news.