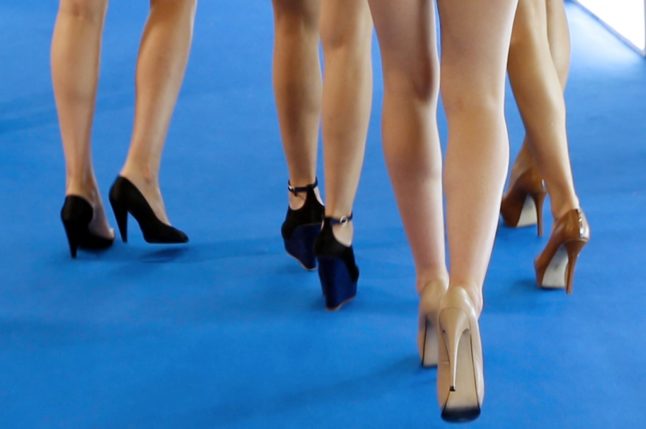 While it might sound more like a complaint that would be made by someone feeling insecure about their weight, ‘heavy legs’ (jambes lourdes) syndrome is actually health-related.

And in France, it’s as common to hear someone complaining about their ‘heavy legs’ as it is to hear people saying that they’re trop fatigué or that it’s trop chaud.

But is it just a French thing? Are French women’s limbs just heavier because of all that cheese and those pastries?

The fact that we don’t have an equivalent expression in English has unsurprisingly led to some doubt in the English-speaking community about whether the syndrome actually exists.

Even Wikipedia, on its English-language page for ‘heavy leg’s calls it an “alleged medical condition” of “French origin”.

In her blog Turning Parisian Australian Diana Bowman describes her surprise upon hearing about this mysterious complaint.

“Another ailment which I never knew I had until the French told me about it was les jambes lourdes.
“In Australia, this is not really a thing (or if it is, I had certainly never heard of it).

But as soon as I caught wind of this jambes lourdes thing, I knew they were onto something. And sure enough, a trip to the médecin confirmed that I should be wearing compression socks all year round and low, thick-heeled (man-style) shoes to counter my condition. Très sexy.”

It seems the French are just as confused about this difference between our cultures as we are.

“We French have specific ailments, such as heavy legs or a heavy shoulder, that don’t seem to exist on this side of the Channel but are regarded as significant in France,” London based French blogger Muriel Demarcus previously told The Local.

“I am not suggesting that we French are a nation of hypochondriacs but we do take our health very seriously. Come to think of it, have you ever heard a British person complain that they are suffering from “heavy legs”? I haven’t.”

What exactly is it?

When people complain of having ‘heavy legs’ they could mean one of several things: that their legs and feet feel swollen, that their legs actually feel heavy or that they feel itchy, prickly, tingly or numb. Or they could be referring to pain or muscle cramps in their legs.

These sensations often get worse as the day goes on and during summer as a result of the hot weather and are considered a sign of circulation issues.

“‘Heavy legs’ is very much a sensation rather than a symptom of any particular illness,” doctor Isabelle Koskas, who is based in Paris and specialises in vascular medicine told The Local.

“It can be a result of serious circulation problems but usually it’s nothing serious,” she said.

Koskas went on to say that it is usually women that say they have ‘heavy legs’ — particularly those who spend a lot of time standing up (which is a known cause of varicose veins) — although some men also complain of their ‘jambes lourdes’.

So it’s not an example of the oft-referenced French health obsession or hypochondria as some might say?

It seems Doctor Koskas has the answer.

“This is an issue of terminology,” she said. “There’s no reason why American women and British women should not suffer from the same kind of sensations even if they don’t have a universal term that incorporates all the different things meant by ‘heavy legs’.”

That means that while we might talk about having swollen ankles at the end of the day, for example, French women would refer to their ‘heavy legs’.

So what do French doctors recommend sufferers of ‘heavy legs’ syndrome do?

Well, there are a few things you can do including avoiding staying in the same position for too long, resting as often as possible, raising your legs when possible and of course wearing those popular compression socks.

And now you know all about “heavy legs” it’s likely your yours will start to feel a touch more cumbersome when you’re out and about. But if you need to go to a doctor, at least you can be sure that a French one will take you seriously.