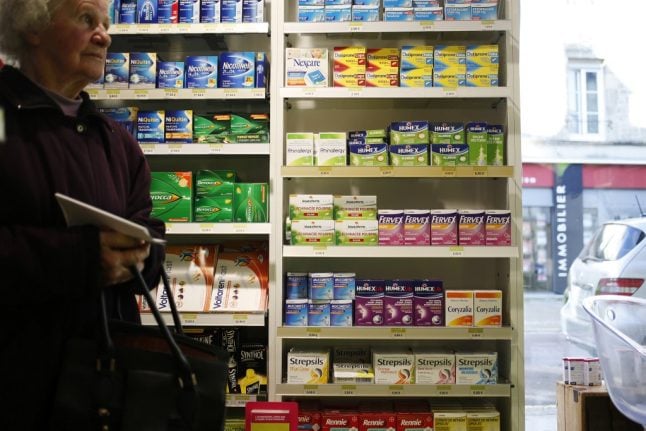 The list has drugs which the authors consider have side effects which outweigh any medical benefits, and are therefore advising people not take.

French doctors have one of the highest prescription rates in the world, and there have been repeated campaigns attempting to persuade French people to take less medication – particularly antibiotics which risk becoming ineffective if they are over used.

READ ALSO Why do the French take so much medicine?

Top of this year's list published by Préscrire is the popular herbal supplement gingko biloba which is often used for cognitive process such as memory and comprehension, especially in older patients. However it carries a risk of bleeding, digestive disorders and convulsions.

Two non-prescription cough medicines are on the list, because the report says they expose patients of a risk to heart disease – Clarix dry cough for children and Vicks syrup 0.15 percent for adults.

There is also a group of medications used to treat digestive disorders including diarrhea that is is suggested patients avoid due to contamination of the clay used in their manufacture. These include attapulgite (Actapulgite, or in association in Gastropulgite), diosmectite ( Smecta in generic) Rennieliquo, Bedelix, Gelox, Gastropax and Neutroses.

A non-prescription sore throat treatment – Maxilase and equivalent – can cause serious allergic reactions, according to the report.

The report authors say they drugs on the list are “causes of death, hospitalisation or serious or very embarrassing, largely preventable adverse effects”.