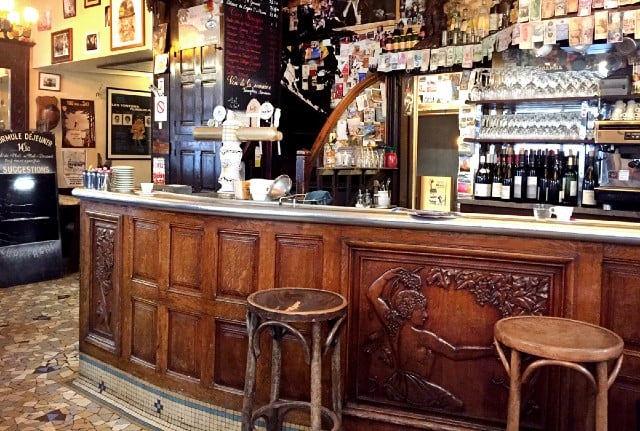 Such is the case with Les Pipos, a small, popular bistro in the heart of the Montagne Sainte Geneviève district in the 5th arrondissement, an area featured prominently in Woody Allen’s film Midnight in Paris.

Les Pipos doesn’t look like much from the outside, but once you walk through the door, you’re immediately enveloped in history – and warmth. The homey interior boasts an ornately carved zinc-top bar, and classic mosaic floor, both installed just after the Second World War. The paneling on the walls – which are plastered in old photos, posters, and other client mementos – are much older. A café or bistro has inhabited this same site since the late 19th Century.

READ ALSO Terraces to tipping: The etiquette for visiting a French café But Les Pipos is hardly stuck in the past. Packed with customers most nights, it continues to be a favorite meeting place for students, families, and other locals who call this neighborhood home. Its lure is not lost on visitors, either.

“Close to the action, but far from the madding crowd,” crows a TripAdvisor contributor. Even Woody Allen chose this unassuming but charming spot for his downtime while filming in the area.

Still, all this could be gone in a few months. Word is the building’s owner wants them out, perhaps seeking a high-paying retailer. He’s offered to buy the lease from the bistro’s owner, and it looks like it’s as good as done. After nearly 130 years of serving the locals.

The clients of Les Pipos are having none of it, and have launched a petition to save their beloved bistro from falling victim to a “juicy real estate deal.” The petition asks UNESCO, Paris Mayor Anne Hidalgo, and the Ministry of Culture to intervene and to landmark the establishment, which they call “the soul and pillar of the neighborhood.”

“It’s a community here. We all know each other,” says Pierre, who has worked at the bistro for some years. “One client was born in the neighborhood. Now he comes here with his kids.”

Like Les Pipos, Pierre faces an uncertain future, as does all the staff. He could seek another contract elsewhere, but is hanging on to see how things pan out, reluctant to leave the bistro, and the area, which remind him of his small-town roots in Provence. “You can’t find that easily in Paris.”

Saving Les Pipos is not about nostalgia. It’s a fight to retain local community life. As more and more small businesses serving our daily needs give way to faceless chain stores that can afford the higher rents, our residential neighborhoods are being transformed into transient and impersonal commercial zones. Paris, like many other large cities, is abandoning its inhabitants for quick profit, and is in danger of losing its authentic soul in the process.

New York City is case in point. With commercial leases now fetching up to €20,000 per square metre, even restaurant mogul Danny Meyer had to find cheaper digs for his profitable eatery, Union Square Café.

The elegant Blue Water Grill on the same street is reportedly being ousted for the fast food chain, Chick-fil-A. New York is forfeiting its standing as a culinary and creative capital simply because young entrepreneurs cannot afford a business there anymore. And those that can – generic corporate chains – make for a sterile and banal environment to live in, certainly not what you’d expect in a world-class city.

Paris looks to be succumbing to the same trend. Clothing and food chains are pushing out local businesses, particularly in gentrifying residential areas, especially those popular with Instagrammers.

Gone is the little dress shop that set aside sale items for you, or the butcher who knew your name. In their place: a Kooples or Amarino. One can only imagine what might replace Les Pipos, and what that will herald for this village-like neighborhood.

The petition to save Les Pipos posits that losing a café is losing the heart of a community – a place where people meet, exchange ideas, and share a common experience. Paris has lost over 300 cafés and bistros since 2014, and Les Pipos may soon be among their number.

The initiative recently launched by the government to save cafés is only for small towns. Their Parisian counterparts are not getting the same kind of recognition. The clients of Les Pipos argue that they should.

What can be done to save Les Pipos remains to be seen. But the popular neighborhood bistrot à vins, and the diverse community it serves, is an example of what we stand to lose in Paris – and in other cities – if residents and small businesses aren’t considered in the overall planning for growth. Prosperity is not to be found in the money-grab economy that rewards only the biggest players at the expense of vital local communities.

Like Les Pipos, real prosperity comes when you feed the soul of the city. Nurture a community and the city flourishes as a whole. Lisa Anselmo is the Founding and Editorial Director of Save the Paris Café, a collaborative project that celebrates café life in Paris. She is also the co-founder of No Love Locks, and author of My (Part-Time) Paris Life (Thomas Dunne Books/St. Martin’s Press). 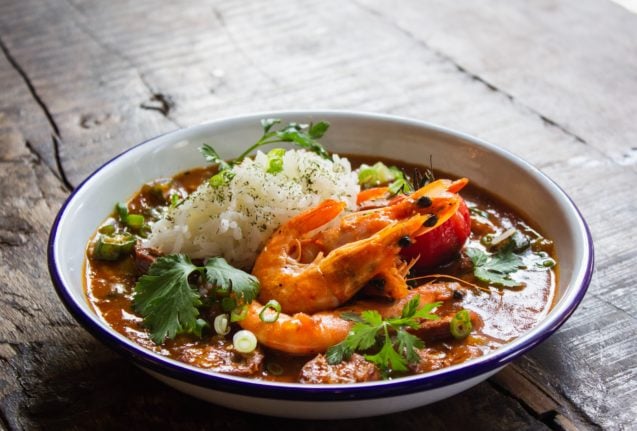