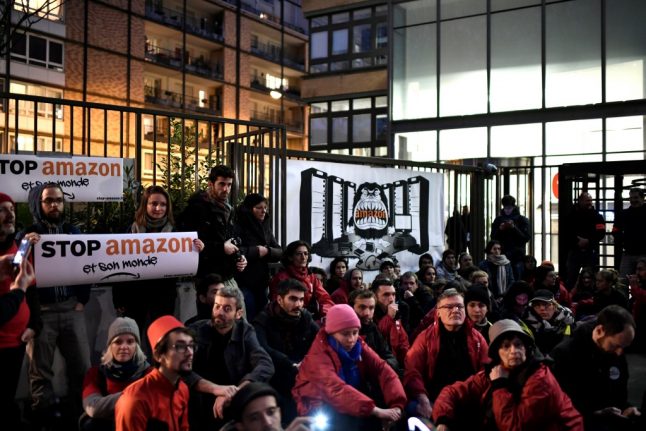 Green groups in Paris say they plan to blockade one of the capital's major shopping centres, while across France regional groups are planning their own protests, from rolling roadblocks on bikes to leafleting stores and shoppers.

The groups Youth for Climate (YFC) and Extinction Rebellion (XR) are organising actions in around 30 cities including “festively occupying and blocking consumer temples.”

READ ALSO Why France might be banning Black Friday “Black Friday is a day of intensive sales and compulsive purchases, symbol of the most harmful capitalism. Devouring our world, depleting its natural resources, multiplying eco-cides, exploiting the weakest, and widening social inequalities in the name of the myth of infinite growth. Consumerism will eventually destroy us if we don't act before,” an XR member told 20 Minutes.

On Thursday between 50 and 100 activists from the Non-Violent Action COP21 and Friends of the Earth groups blocked an Amazon depot in Bretigny-sur-Orge, about 40km south of Paris, according to AFP journalists at the scene.

Some held banners reading “Amazon: for the climate, for employment, stop expanding, stop over-production,” while others used old electrical goods to block the path of trucks trying to enter the site.

Black Friday – the day when shops and online stores offer large discounts in an attempt to boost pre-Christmas spending – has become more popular in France in recent years, but it now faces determined opposition from both green groups and French MPs.

MPs have voted to approve an amendment that could force Black Friday deals to be counted as sales, which are strictly regulated under French law and limited to two periods a year, set by the government.

Businesses found guilty of breaking France's strict sales and discounting laws face a maximum penalty of a €300,000 fine and a two year jail term for bosses.