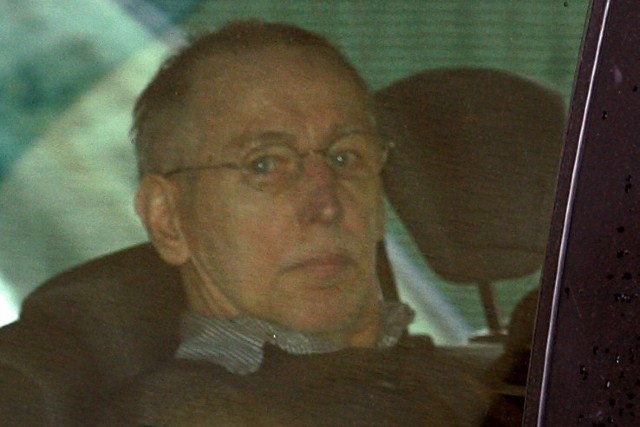 Michel Fourniret is already serving a life term for the murder of seven girls and young women. Photo: AFP

Michel Fourniret, jailed for life in May 2008 for the murder of seven girls and young women, has been charged over the disappearance of Estelle Mouzin from a village east of Paris, a legal source said, after his wife came forward to contradict his alibi.

He was questioned for nearly three hours in a Paris court Wednesday by the investigative magistrate handling the Mouzin case, said the source.

He was called in nearly a week after Fourniret's ex-wife, Monique Olivier, made a statement contradicting the alibi Fourniret provided for the date of Mouzin's disappearance, January 9th, 2003. The body of Estelle Mouzin, who disappeared while walking home from school, has never been found. Photo: AFP

His ex-wife Olivier is also serving a life sentence with no possibility of parole for 28 years for her role in some of the abductions and killings.

Fourniret's lawyers made no comment at the end of their client's questioning Wednesday.

Estelle Mouzin disappeared in Guermantes, 30 km east of Paris, while walking home from her school. Her body was never found.

Detectives first considered Fourniret as a suspect in the disappearance of Estelle Mouzin in 2006. They found a photo of her on his computer, and a white van like the one he drove had been spotted in the area when she disappeared.

Fourniret always maintained he had nothing to do with the disappearance of Estelle Mouzin.

No DNA evidence linking him to the case was found and he insisted that on the day she vanished he was at home at Sart-Custinne, southern Belgium, near the French border.

Last week however, his former wife told investigators that the phone call Fourniret said he made from his home on the day the child disappeared, she actually made at his request.

“That means that Michel Fourniret was not at Sart-Custinne the day of Estelle Mouzin's disappearance,” said Olivier's lawyer, Richard Delgenes.

“He was somewhere else.

Fourniret, dubbed the “Ogre of the Ardennes”, carried out the seven killings for which he has been convicted between 1987 and 2001. He confessed to the kidnap, rape and murder of his victims and his life sentence carries no possibility of parole.

He was also convicted of attacks on three young girls who managed to escape him.