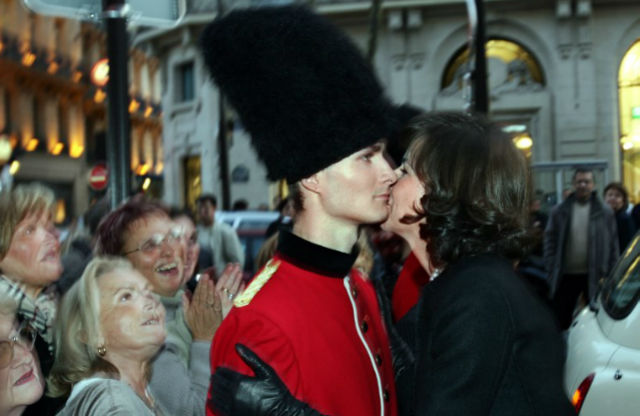 When you first come to France, being faced with a whole set of unspoken rules about how (and how not) to speak, greet people and even cut cheese can be a bit daunting.

From the traditional greeting kiss to the use of vous over tu, the question of where to put your bread when you’re eating, or how to greet shop workers, there are potential slip ups wherever you look.

Part of the problem is that English is a more informal language – both spoken and written – and the social culture in English-speaking countries is a lot more flexible and less rigid.

Hence why so many foreigners commit faux pas in France and why there’s so much talk (and so many books) about French etiquette and politeness (la politisse).

But if you’re unfamiliar with local Gallic customs, it’s important not to worry too much, times have changed and things are more laid-back in France than they used to be, especially among the younger generations.

Plus, if you’re foreign, you’ll be forgiven for committing a faux pas or three. As long as you make an effort. In France it’s important to show effort and respect for local etiquette even if you don’t always understand it or even find it a little absurd.

And always be willing to have a laugh at yourself if you get it wrong.

Knowing a few ground rules goes a long way. They will make your interactions with French people more pleasant and you’ll avoid the kind of misunderstandings where you think they are cold or even rude, and they think you are disrespectful. Not to mention the awkward conversations or rows that follow on from that initial misunderstanding.

Let’s start with greetings. It’s important to say “bonjour” when you meet people for the first time: in a shop, at the market, in the doctor’s waiting room, at the bank.

This is a good way of letting them know you’re there, and will most likely be to your benefit. You’re more likely to get served and it will also give people a chance to hear your accent, realise you’re not French and that you’re making an effort. More importantly, not saying anything at all could be considered rude.

Basically “bonjour” is the most important word to know in French.

“You can never overdo it with bonjour. When you think you’ve said it too much, you’re probably saying it just enough,” French author Julie Barlow told The Local.

So if you think saying “excusez moi” to a shop assistant is enough to get them to respond in a civil manner, then think again.

You’ll make mistakes – and that’s ok – but bear this is mind: Although it’s normal to kiss people on the cheek twice in an informal context, never do the ‘bise’ to people in a formal or business context. This will just be awkward.

If you’re unsure, follow the other person’s lead. If your newly-met future French mother-in-law or neighbour lends out a hand for a handshake rather than a kiss on the cheek, do the same. If they don’t do anything, stay put.

And in formal situations address people by “Monsieur” or “Madame” as in “Bonjour, Monsieur”. Using mademoiselle is a bit of a minefield these days, with some suggesting it’s sexist while many young women prefer the greeting to “madame”.

Hugs – in all circumstances (unless you’re with friends who do the same) – are out. It’s just not done here (unless, again, you’re watching the World Cup and the French team has just won a match and everyone in the bar is hugging each other in which case you can go with the flow).

Unsurprisingly in France, where food is almost worshipped like a god, eating also has its own set of dos and don’ts. Don’t fret about getting it all right but be aware of some fundamentals.

When it comes to food the French have a whole list of codes that you will pick up over time, but some things are worth knowing.

For example in a restaurant, don’t sit down without being seated. Wait by the door and the the waiter or waitress will take you to a table, if there’s one free.

Waiters in France, despite their persistent and generally unfair reputation for being grumpy, take their jobs seriously and they are pretty good at what they do.

It’s best to show them respect, so for example instead of harrying them when you want to order, just close your menus or leave them on the table and they will know you are ready.

Table manners and eating etiquette is a whole separate subject, that is discussed in the link below.

But some of the basics are as follows: don’t fill wine glasses to the top, don’t put your bread on your plate, learn how to cut different cheeses in the right way, don’t speak too loudly in restaurants, don’t ask for ketchup etc etc.

Most are common sense.

And just so you know – the French tend to look down on people who drink anything other than water and wine with their meal and who order their meat well-done. Up to you of course to brave that taboo.

When it comes to appearance, although the French are known for their stylish dress sense, dress codes are less regimented than they used to be.

At least start with the essential words for being polite: bonjour, s’il vous plait, merci and au revoir.

You’ll get on the right side of whoever it is you are talking to, and you’ll find people will generally be friendly and helpful once they know that you’ve tried.

So don’t panic about la politesse.