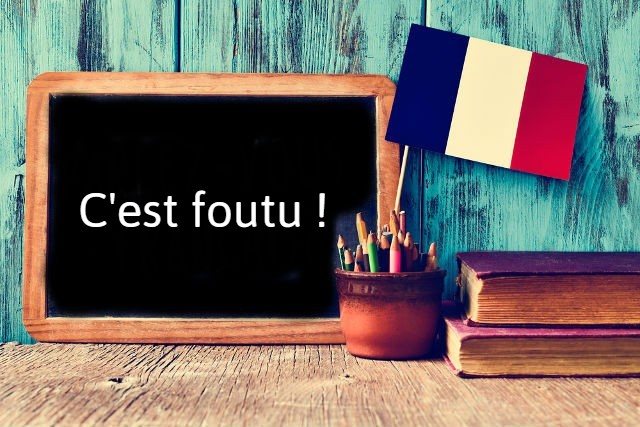 Why do I need to know c’est foutu?

It may come in handy should you want to exclaim outrage over major disruptions during strikes, or indeed any of life's other inconveniences.

While the last one might be a tad too dramatic, c’est foutu is in fact an expression French people use when they’re really annoyed or despairing.

C'est foutu means all hope is lost. Say your flight crashed on a desolate island, killing everyone except yourself and a French person. In that case, you could shout c’est foutu ! – We're screwed!

Or imagine a football game where Les Bleus are playing against Brazil, but French star players Kylian Mbappé, Antoine Griezmann and goalkeeper Hugo Lloris are all off sick. Well, a French football fan might exclaim:

It can also be used about a person. Let's say you skipped school and your parents found out, in that case:

Foutu comes from the verb foutre, which is most commonly used through the expression se foutre de quelque chose – to not care about something.

It's pretty colloquial, so bear in mind who is around you if you intend to use it. Don't say it in front of your boss.

A more polite version is je m’en fiche, which is less informal but still something you might want to avoid telling your supervisor (but mostly because bosses generally tend to frown upon employees who say they don’t care about their work).

And let's not forget the expression foutre en l’air – screw something up or destroy something.