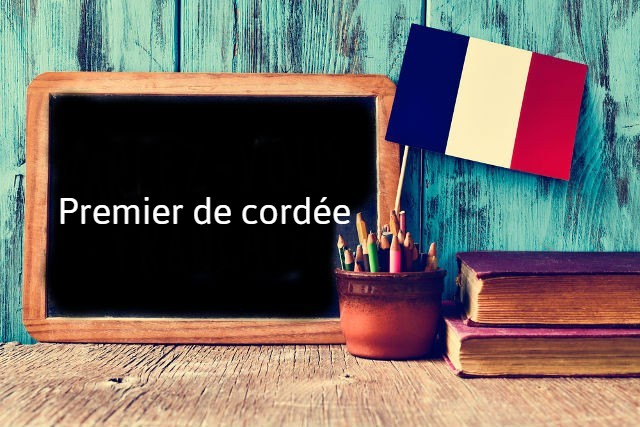 Why do I need to know premier de cordée?

It's an expression used frequently in French politics, both to praise and criticise the (super) rich.

Before we take on the expression itself (and all its controversies), let’s look at the meaning of the word cordée. Cordée is a version of corde – rope. It comes from the Latin word chorda, which in the 14th century was used to say that something was garni de cordes – filled with strings.

Only much later, around the second half of the 20th century, did the expression premier de cordée achieve its current meaning.

Imagine that you're climbing up a steep hill. The premier de cordée is the person in front, both leading the way and safely securing the rope in case someone behind them falls. They carry a heavy responsibility – if they fall, everyone else falls with them.

Today, premiers de cordée is an expression mostly used as a metaphor, referring to those highest up on the economic ladder. A fair translation would be what the English call the upper crust, the super rich or the one percent.

Another French word with a similar meaning is gratin meaning the upper crust or upper layer of French society.

They're a controversial group. French President Emmanuel Macron sparked a storm of outrage when he, shortly after the election, used it to praise the country’s (super) rich.

This is a common way of arguing against taxes targeting the super rich. The idea is that letting the rich be rich benefits the rest of the country by generating investment, businesses and job creation.

But, as France is getting ready for a big strike on December 5th that could paralyse several key parts of the public service, the country is debating whether the premiers de cordée are doing much for les derniers de cordée – the poorest in France.

Francette Popineu, Co-General Secretary and spokesman of the national teacher's union SNUipp-FSU, which will be joining the strike, recently told The Local:

Je dis souvent que ceux qui sont les premiers de cordées, qui tirent les autres, n’ont rien dans les bras – I tend to say that those on the top, who are supposed to pull the rest of us up, are empty handed.