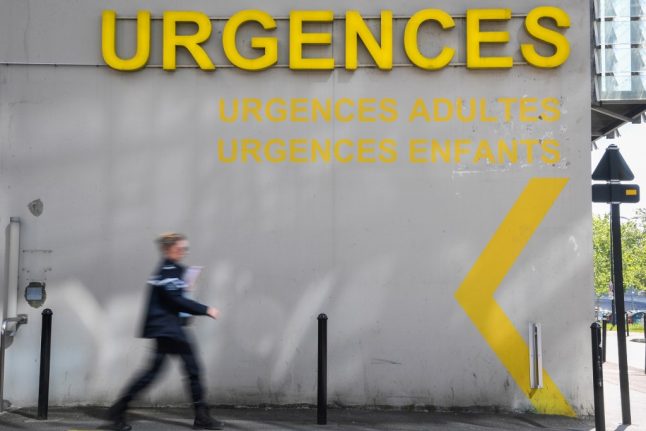 The French healthcare system has a reputation as one of the best in the world – and readers of The Local  have rushed to praise the system for its great standards of care. But an ageing population and the rise in the number of people living with chronic conditions has put a strain on the system to the extend that emergency room medics staged a protest march last week against what they describe as a system at “breaking point”.

So what are the problems?

This is the big one – the increasing strain on the service. In 2016 private and public emergency facilities in France received a total of 21 million visits, compared to 10.1 million in 1996.

In common with the rest of Europe, France's population is ageing and that means more people living with chronic conditions. The case in lifestyle-related chronic conditions such as diabetes is also a factor and due to shortages in community-based care, many of these people end up in emergency departments.

It's why the French government wants to undertake a major reorganisation of the health service to provide a lot more care in the community, and stop people ending up in hospital. But that will not be a quick or simple process.

And yet as the number of hospital visits increases, the number of beds that people can be admitted to is falling, leaving more and more people stuck in emergency departments.

Of course part of that can be accounted for in the rise of treatments like keyhole surgery, which means that patients need to spend much less time in hospital, and the system has also created 75,000 'day beds' for people having treatment who do not need an overnight stay, but doctors say it still leaves them struggling to find beds for everyone who needs them. 3. A fall in hospital income

The rise in day surgery and treatments is good news for patients who don't fancy a long stay in hospital, but has left hospitals with a drop in income that they are struggling to cope with.

The French system means that instead of being given a lump sum annual budget by the government, hospitals charge patients for the procedure and the government then reimburses the patient. Charges for an overnight stay are obviously higher than for a day procedure, and the difference in cost has left hospitals out of pocket – even allowing for less need for night nursing staff.

This is one of the factors that has left many of them struggling with debt. In 2017, the debt of the 1,000 public hospitals represented more than €30 billion, or 42.8 percent of their turnover.
“This debt has increased significantly since the early 2000s, which is explained by the search for continued investment in a context of declining hospital resources, and on the other hand by national investment plans,” explains the Fédération hospitalière de France, in franceinfo.
And this debt weighs heavily on the finances of these institutions. Each year, hospitals pay about €840 million in interest costs on the debt.
4. Low pay for nurses

As well as feeling the pressure of a struggling system, nurses in France are not well paid and a salary increase is among the major demands of striking medics.

In 2018 the National Observatory of Violence in the Health Environment recorded 20,330 reports of violence against medical staff, with psychiatric and emergency services taking the brunt. Perhaps unsurprisingly given the above, absences for sick leave are also high among medical staff – an average of 10 sick days per year, compared to a private sector average of 7.9 days. Nurses and orderlies have the highest sick rates, which of course then adds to the pressure on other staff.

Mental health problems like depression and burnout are common among medical staff, and the suicide rate is 2.5 times higher than in other professions. According to a 2017 study, as many as a quarter of French medical staff have struggled with suicidal thoughts.

Many hospitals in France are reporting difficulty in finding and retaining staff, particularly doctors. This is not a problem just confined to hospital doctors, there are many areas of France, particularly rural areas but also some suburbs, classed as “medical desserts” because of the shortage of general practitioners. A survey by the  Fédération hospitalière de France reported that almost all hospitals which responded had found it difficult to fill vacant posts.

READ ALSO Medical desserts: Why one in three French towns do not have enough doctors