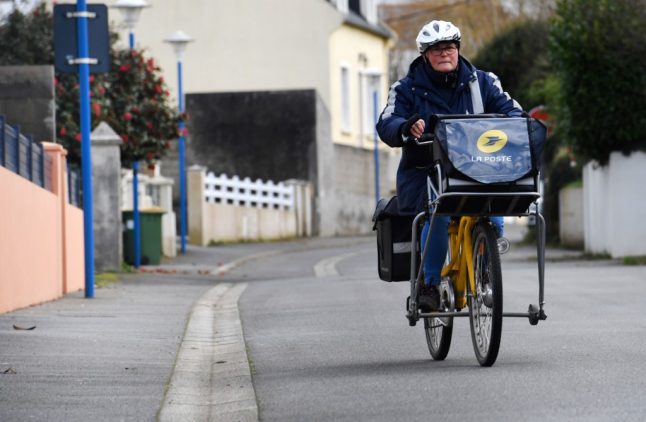 Since the beginning of October unions have been in dispute with La Poste over reorganisation of working patterns for delivery staff which has resulted in a series of short-term strikes that are gradually spreading across the country.

Pascal Le Lausque, of the CGT FAPT union, puts the number of “départments in struggle, where there is not a day without at least one strike in a sorting centre” at “about fifteen”.
READ ALSO Study of French postmen's testicles wins international science prize According to him, this is particularly the case at the moment in Corsica, Lot-et-Garonne, Charente-Maritime, and Allier.
Areas that have also been affected earlier in the year include Brittany, Auvergne and the greater Paris Île-de-France region.
“In Agen (Lot-et-Garonne), the largest post office has been on strike for two days,” he added.
The core of the dispute is working hours and working patterns.
As the number of letters sent every year decreases, and the number of parcels sent increases, La Poste has been reconfiguring the rounds that postmen and postwomen do, and moving their starting time back from an average of 6am to an average of 9am.
La Poste declined to say how much mail had been delayed by the industrial action when asked by Le Parisien newspaper, but said that it was prioritising parcels over letters.
Postal workers unions have also indicated that staff in about 20 départements will be joining in the mass strike action on December 5th in protest at plans to reform French pensions.
READ ALSO 'Unlimited' December strikes: What you need to know