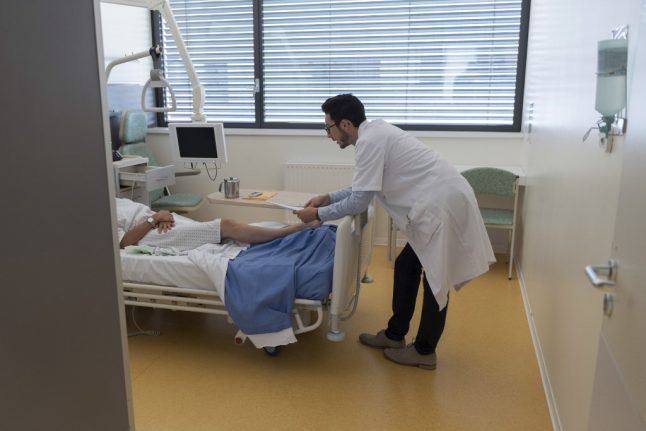 Prime Minister Edouard Philippe on Wednesday unveiled a three-pronged plan to tackle the crisis, saying: “Health workers cannot take it any more… and we have heard them.”

Philippe said hospitals would get an additional €1.5 billion over the next three years.

Emergency department staff at French hospitals have been staging industrial action for months and last week took to the streets to protest at their working conditions and the threat to patient safety that they present. In response to the protest, the French government has unveiled plans to pump more money into the system to tackle the worst problems.

They will take on some hospital debt, increase the health insurance budget for hospitals and give an immediate pay rise to thousands of medical staff.

Edouard Philippe told reporters: “€10 billion of debt will be taken from hospitals over three years, which will restore the financial balance of the institutions.

“This debt assumption will allow hospitals to find ways to invest. (…) It is an unprecedented sign of the nation's trust.”

Many French public hospitals labour under huge burdens of debt, creating a vicious circle as they a forced to spend large parts of their income on interest an debt repayments.

The government is also increasing the health insurance budget for hospitals by €1.5 billion over the next three years.

Although the government funds medical care in France, hospitals do not get their money as an annual lump sum budget from the government.

Instead they charge patients for treatment, and the government reimburses the patients. So a hospital's financing depends on how many patients it treats and the type of treatment they have.

Around 70 percent of their budget comes from treatments, and just 30 percent in direct financing.

The extra money that Philippe unveiled essentially means hospitals can charge more for their procedures.

And medical staff will also get a income boost – an annual bonus of €300 a year for all staff and €800 a year for anyone who earns below €1,900 a month and lives in the great Paris Île-de-France region.

In the longer term, more radical changes will be needed as France, like other European countries, struggles to cope with an ageing population and more people living with chronic health conditions such as diabetes.

French government spokesman Sibeth Ndiaye, speaking to The Local at an event organised by the Anglo American Press Association, said: “The system is not set up to deal with chronic conditions such as diabetes and an ageing population.

“We have an ageing population and more long term illnesses so we need systemic reform to provide more medical services in the community and less hospital care.”

She acknowledged that there were medical professionals who were working in conditions that are “not good”.
READ ALSO OPINION The renowned French health system is disappearing before our eyes