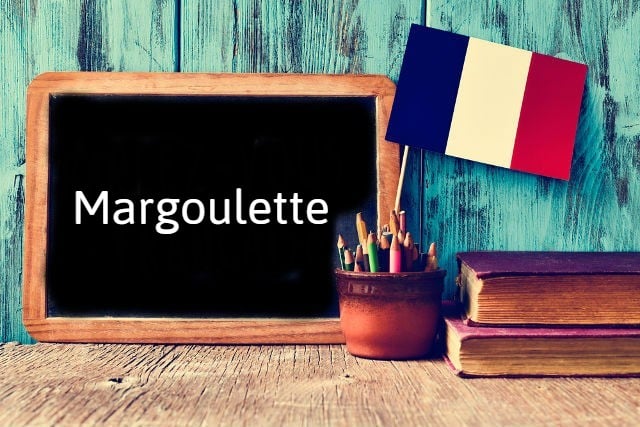 Why do I need to know margoulette?

Not even all French people know what margoulette means, so this is a way to really advance your language skills.

Margoulette dates back to the 17th century. It can be traced back to the verb margouiller, which can be roughly translated into “eating dirtily” and goulette, an old-fashioned way of saying gueule (the vulgar French term for “mouth”).

At it's origin, margoulette refers to the mouth, or sometimes the whole face. Later, margoulette has come to mean the whole body, especially when used in the expression se casser la margoulette.

If you have stayed in France for a longer period of time, you might already know the expression se casser la figure, which means “falling over.”  (There is also se casser la gueule, which is a (very) informal way of saying the same thing.)

Margoulette is used in a similar manner:

It is a very old-fashioned expression, and few actually use it. However sometimes margoulette can be used as an informal way of saying visage (face), yet nicer way of saying gueule. If your kid needs to wash up before dinner, you could say:

You might also have heard the slightly different version marboulette, which means the same but is more widely used in Canada.