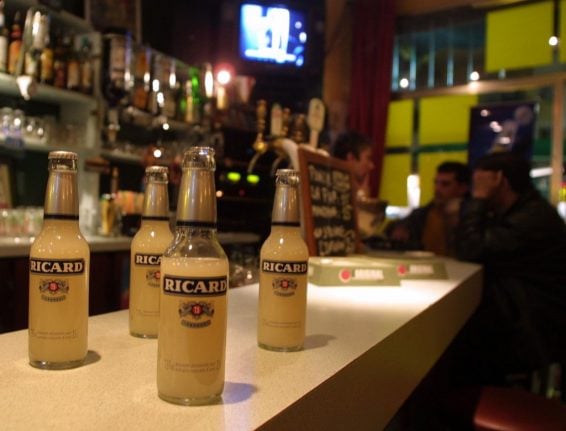 A former Ricard salesman has made a complaint about the company in the French labour courts, saying that his health had been damaged by the excessive drinking.

Since the case was lodged, two other Ricard employees have come forward to French media and told how they slipped into alcoholism and ended up having hallucinations and hearing voices after years spent in the heavy drinking culture of the company.

Ricard denies the claims and the court's judgement is expected at the end of November.

One saleswoman who still works at the company described the tradition of having a pastis at noon, then in the evening after a meeting and whenever she met clients.

The woman, who told Le Parisien newspaper that she wanted to remain anonymous, said: “It's the corporate culture, if you say no, you're not well thought of.”

Another salesman, who has since left the company, said he was drinking 12 glasses of the potent aniseed-flavoured liqueur a day while he worked there, and frequently drove drunk.

He also claimed that three-day drinking binges at festivals and company conferences were common.

Pastis – usually drunk as an apéritif mixed with water – is hugely popular in France, particularly in the south and Pernod Ricard is the biggest manufacturer with an annual global revue of €8 billion.

It is estimated that the average French person drinks two litres of pastis a year.

In France there are strict rules around what kind of alcohol can be drunk at work with only wine, beer, cider and poiré, a fizzy alcholic drink made with pear juice officially authorised.

The law says these beverages can only be consumed at the company's canteen or on “special occasions” and that the employer can be held responsible if there is an accident involving a drunk staff member.