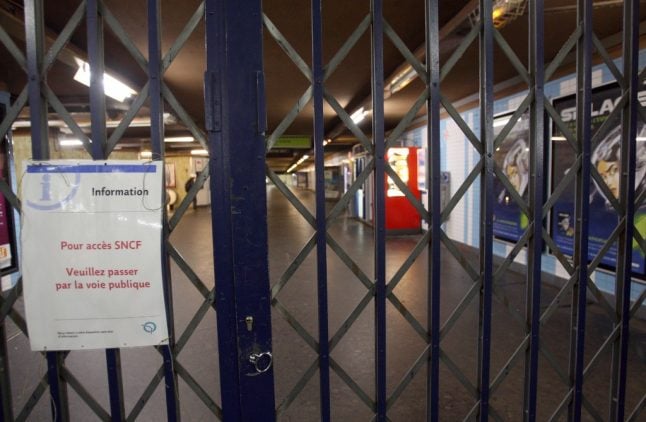 The RATP transport chiefs announced that the city's police chief had ordered the closure of certain Metro and RER stations from 7am on Saturday.

Trains will not stop at the stations and passengers won't be able to change onto different lines. Services on Line 13 won't be stopping at Champs-Élysées-Clémenceau, Invalides, Miromesnil and Varenne.

On line 5 trains won't be stopping between Bréguet-Sabin and Place d'Italie.

The stations Concorde, Opéra and Invalides will also be closed on line 8.

RER A services will not stop at the stations Auber and Charles de Gaulle Etoile and RER C trains will not be stopping at Pont d'Alma, Invalides, Tour Eiffel and Champs de Mars.

Dozens of bus lines may also be delayed or re-routed.

However the situation is changing throughout the day, you can click here to get up-to-date information on station closures.

RATP has also announced that, due to a police decree, there will also be closures on Sunday, albeit with fewer stations affected.

The closures will be in place from 7am.