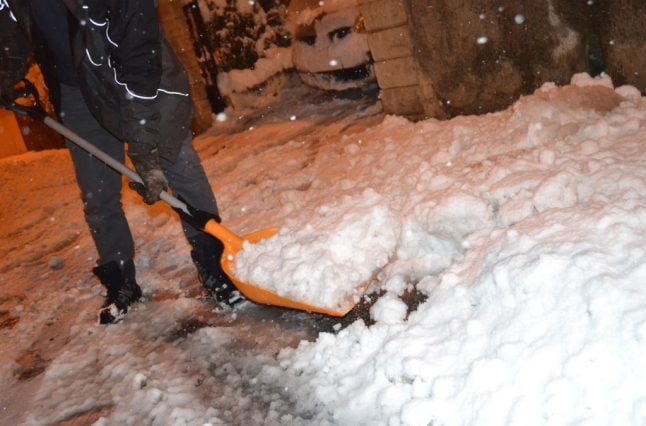 After heavy snowfall in the south-east of France on Thursday there was widespread chaos on the roads with many routes blocked.

By Friday morning only one département – Saône-et-Loire – was still on an orange weather alert, but around 300,000 homes in the départements of Ardèche, Drôme, Isère and Rhône were without electricity.

READ ALSO Snow chains and winter tyres: What are the rules in France

French weather forecaster Météo France said that although not much fresh snow was expected to fall on Friday, many places were still blanketed in snow and travel disruptions were likely for the rest of the day.

The power cuts were caused by several power lines falling due to heavy snow, one of which fell onto homes in the Ardèche village of Saint-Julien-en-Saint-Alban. About 25 residents were evacuated from their homes but no-one was injured, according to local firefighters.

Electricity companies say although access to the downed lines has been difficult, they hope all power will be restored by Friday lunchtime.

Thousands of truck drivers were left stranded after the A7 was closed to HGVs.

Trains between Lyon and Grenoble were also blocked by snowfall on Thursday evening. Although it remains open to cars, highways agencies have advised people to only travel is absolutely necessary. The RN88, RN102, A89, A46 and A72 have also imposed restrictions on vehicles above 7.5 tonnes.

Train travel was also badly disrupted after several trees fell on the line. Routes between Annecy, Grenoble and Valence were closed overnight and passengers had to be rescued from one train that became stranded.

Some school transport in the Ardèche, Drôme, Loire and Isère départements is suspended, although local officials say that most schools will remain open.