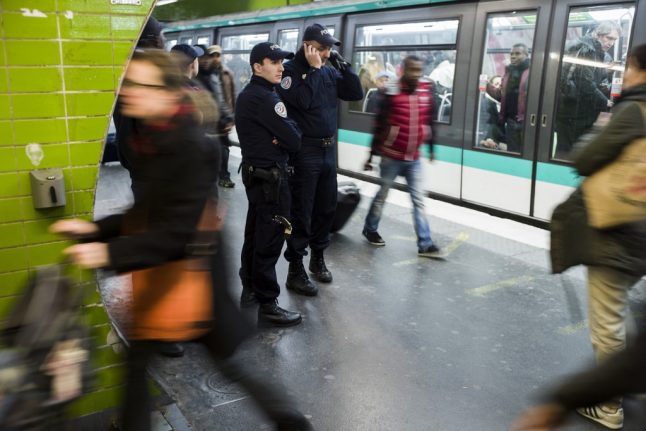 It's an old problem that is reaching new levels. New figures show that twice as many thefts were reported on the Paris Metro in 2019 compared to last year.

According to the city's transport operator Ile-de-France-Mobilites (IDFM), 7,485 thefts were reported by Paris' commuters between January and October this year. In 2018, the number for the same period was 4,721.

Regular pickpocketing offences, thefts without use of violence, increased the most: 5,093 incidents compared to 2,920 in 2018, or an increase of 74 percent. The number of violent thefts increased by 33 percent: 2,392 against 1,801 last year.

Gare du Nord station – which is the arrival point for the Eurostar and the RER link to both city airports – and the interchange station Châtelet-les-Halles had the highest number of reports with 125 and 322 respectively.

Other stations to beware of are those frequently used by tourists, such as Opéra (227), Strasbourg Saint-Denis (145) and Saint-Michel (129), which is right next to the Notre Dame cathedral.

Also on the list are the large stations in the northern, less wealthy part of Paris Gare de l’Est (132), Stalingrad (191) and Barbès-Rochechouart (137).

Referring to a decrease of the number of policemen deployed to the Parisian transport system has from 1,350 in 2015 to 1,000 today, the president of the IDFM, Valérie Pécresse, said to Le Figaro that she will announce a new security plan in the coming days in order to improve the situation.

Many of the pickpockets operating on the capital's transport are part of organised criminal gangs. In October a gang was jailed for a total of 113 years for theft and human trafficking – many of the Romanian gang members had been forcing their children to go out and steal from Metro passengers.