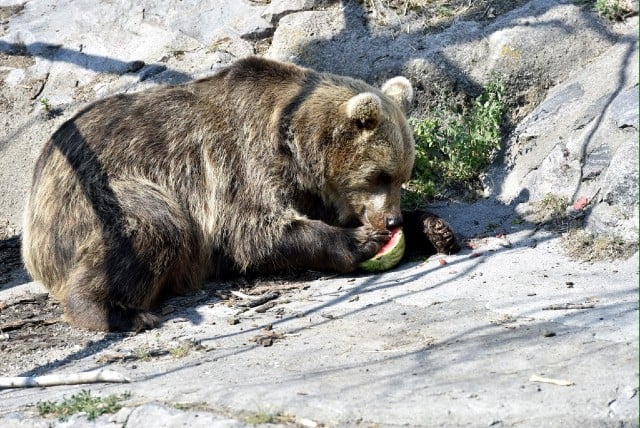 A brown bear in a zoo. Photo: AFP

Mischa had become a celebrity in France when the government in September banned him from appearing in performances and ordered him to be placed into care after an animal rights group accused his owners of keeping him in conditions akin to a mediaeval jail.

His plight raised new questions in France about the treatment of wild animals in circuses and fairs, where their use is still legal but set to be the subject of new regulations to be unveiled later this year.

“This needs to serve as a lesson,” refuge founder Patrick Violas said in a video message. “His death should not be for nothing.”

He said Mischa's paws and nose had been infected with maggots and recent scans also showed several tumours. “He was suffering enormously,” he said.

Environment Minister Elisabeth Borne had last month ordered that the bear be given treatment and stop performing.

“I am very sad to learn of the death of Mischa the bear. I did everything so that he stopped performing and could be treated,” she wrote on Twitter.

Campaign group One Voice is now pressing for two other bears in the possession of Mischa's owners to be taken into care. A court is due to hear the case on November 28.

According to One Voice, the three bears have been owned for years by a trainer couple called the Poliakovs who exhibited them in tents at fairs and in restaurants.

Its investigation, which accused the owners of keeping the bears in “mediaeval jails until the end of their lives”, sparked a wave of anger in France over the treatment of animals.