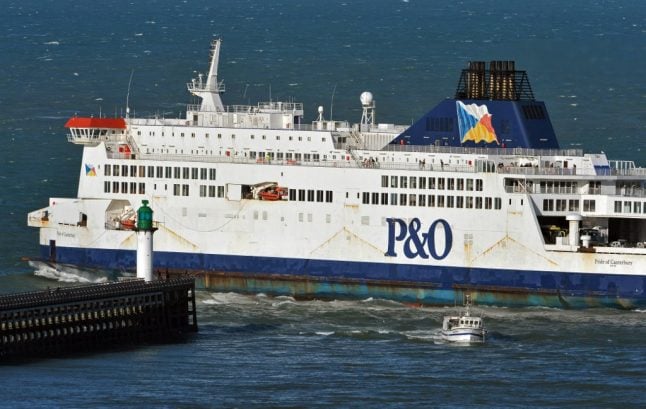 The crew of the Pride of Canterbury ferry saved the man from the sea. Photo: AFP

The crew of the Pride of Canterbury ferry spotted the man in his thirties around 20 kilometres off the French coast. The ferry made a U-turn to “retrieve him from the sea”, the French maritime authorities for the Channel and North Sea said in a statement.

The man, in his thirties, was suffering from “severe hypothermia” and was taken by a French navy helicopter to a hospital in Calais, authorities said.

At least four migrants have died so far this year attempting to make the dangerous crossing in the Channel, with its strong currents and very cold waters.

In October, two young Iraqi men were found dead on a beach in Le Touquet in northern France.

And in August, a 30-year-old Iraqi woman perished when she fell off a boat overcrowded with migrants. Then the body of an Iraqi man who tried to swim across the Channel was found off the coast of Belgium.