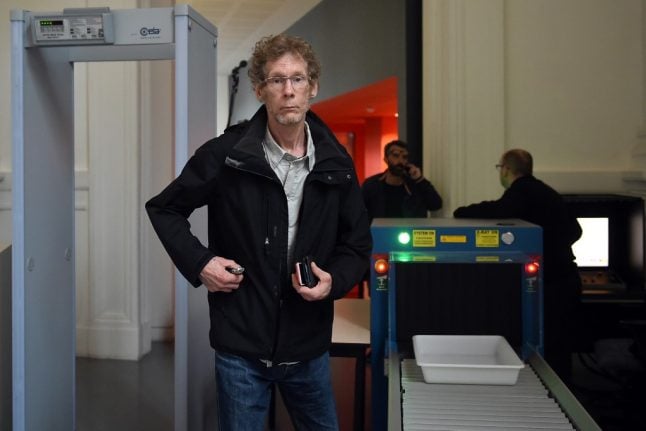 Gilles Bertin arriving at his court hearing after 28 years on the run. Photo: AFP

The one-time nihilist artist with a Bordeaux group called Camera Silens whose fans included anarchists and extreme left-wing youths, went on the run for nearly 30 years before turning himself in  2016.

“He died this morning after being hospitalised in Barcelona for several days,” Christian Etelin told AFP.

Bertin and others in his band contracted HIV after sharing contaminated heroin syringes.

Thinking they didn't have long to live but wanting to live up life, they stole 12 million francs (nearly €3 million at the time) from a Brinks deposit in the southern French city of Toulouse.

He lived on the run in Portugal and Barcelona for 28 years, before turning himself in to the police in 2016.

In 2018, was given a suspended five year prison sentence for the robbery, and went on to give interviews regretting his violent past.

He said that he had been living in Barcelona with his partner and seven-yea-old son and wanted to face up to what he had done.