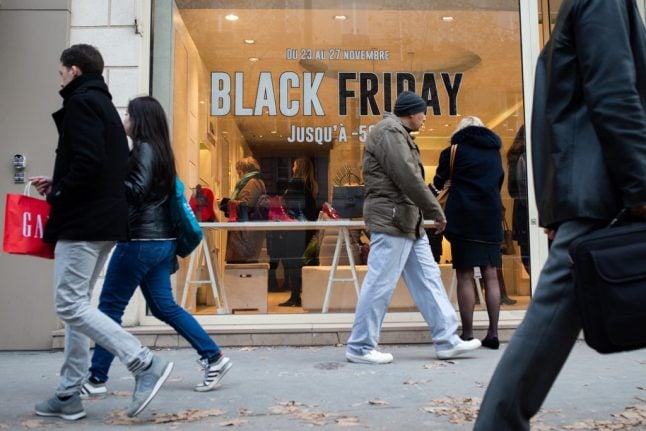 More than 200 brands have formed in a collective called “Make Friday green again” with the aim of boycotting the US-inspired sales day, which they say encourages “artificial overconsumption” and damages workers' rights.

Among the brands that have joined this movement are Nature & Découvertes, Jimmy Fairly, Emoi Emoi, Jamini, Bergamotte, Tediber and Manfield.

“We have companies from all sectors joining us,” said Nicolas Rohr, founder of the collective and head of Faguo, an environmentally friendly fashion company with a turnover of €13 million.

“During the Black Friday period, some brands are selling their collections at completely ridiculous prices.

“From the consumer's point of view, this may be an opportunity to get a good deal but Black Friday makes jobs precarious by not paying manufacturers, brands and stores the right amount.

“It also contributes to climate change by encouraging overproduction.”

“It didn’t exist ten years ago but in a matter of years the French have become addicted to it. Do we really need to buy six T-shirts?”

Black Friday was launched in France seven years ago but took a while to take off, with many French consumers who were used to the traditional January and summer sales periods being left a little confused by the offers of huge discounts in late November.

However, according to a study by American coupon multinational RetailMeNot, French shoppers will spend €5.9 billion from November 29th to December 1st of 2019, a 4.1 percent increase compared to 2018.

French shopping culture – always more subdued than in the more consumerist “Anglo-Saxon” countries – is framed by the two sales periods authorised by the law – summer and January.

The main rules that shops have to stick to on Black Friday is that they are not allowed to make loss-making sales.

Companies in France are also less likely anyway to offer the kind of crazy discounts that have prompted riots in the US in the past.