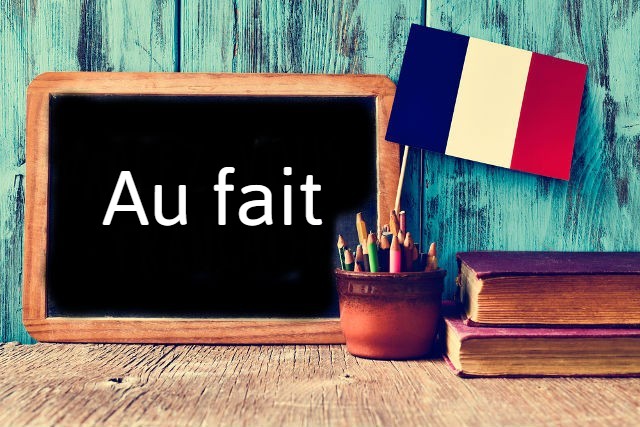 Why do I need to know au fait?

Well first of all, as an English speaker you may need to unlearn it. In English being au fait with something means being familiar with it or up to date with something. For example 'I spent my summers working as a lifeguard on Blackpool beach, so I'm completely au fait with the rules around safe swimming'.

In France however, you need to say you rester au fait de if you want to say that you've stayed up to date with something, or you could use au courant de to say you are familiar with something.

Au fait on its own has a different meaning.

So what does it mean in French?

It means by the way, or incidentally and is a nice little phrase to drop into conversation if you want to sound a little less formal.

So you could say Au fait, j'aime bien ta nouvelle coupe de cheveux – By the way, I really like your new haircut.

It can go at the end of a sentence too – Je te drague, au fait – I'm flirting with you, by the way. (Although if you need to inform someone you are flirting you may not be doing it right, but that's a whole other article.)

And when you're saying fait the 't' is always pronounced.

Don't confuse it with

Similar sounding, but with a different meaning is en fait, which means in fact.