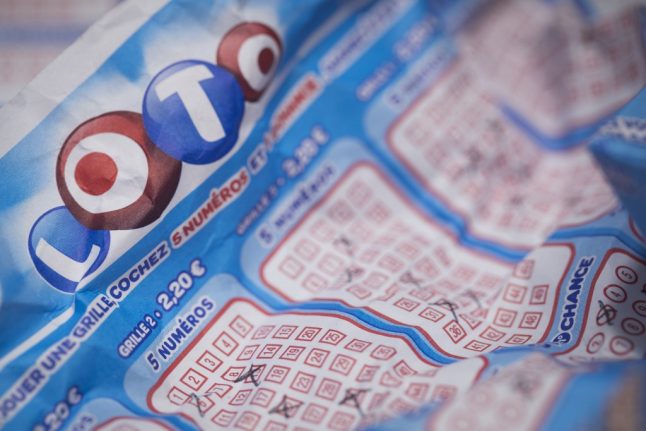 The first French state lottery was set up in 1933. Photo: AFP

Hoping to raise over €1 billion, the French government will slash its stake in FDJ from 72 percent to about 20 percent, and hopes to put as many shares as possible in individuals' hands.

The money raised will go towards a fund for tech businesses and start-ups, in line with French president Emmanuel Macron's desire to rebrand France as the 'start-up nation'.

“I hope this privatisation will be a popular success and that the largest possible number (of people) will participate,” Economy Minister Bruno le Maire told the Journal du dimanche newspaper last month.

The FDJ holds a monopoly on lottery games, scratchcards and non-online sports betting. It is the second biggest betting company in Europe and fourth in the world.

The move to offload a rare money-making state enterprise has been criticised by opposition parties as tantamount to selling off “the family jewels”.

For the government, it is a win-win.

In addition to raising €1 billion in cash, the state will benefit from a yearly public contribution of about €3.5 billion, and €380 million in payment due for the FDJ's 25-year license.

The FDJ has 200,000 shares. Of the 28 percent not held by the state, 13.4 percent is owned by veterans organisations, and some by employees.

The price has yet to be determined, but FDJ chief executive officer Stephane Pallez has said it would be “closer to dozens of euros than a hundred”.

Prime Minister Edouard Philippe's government has vowed to privatise a number of entities, including the Groupe ADP airports company and energy company Engie, to feed the €10-billion fund to kickstart technological innovation.

The airports plan – which would cover both Paris Charles de Gaulle and Orly airports – is proving the most controversial with threats of strike action and a planned referendum on the topic.