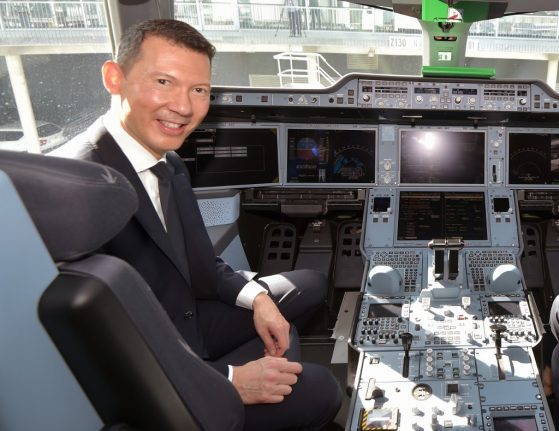 Canadian Ben Smith took over the reins at Air France last year after the previous CEO spectacularly failed to win over staff to reforms following a showdown that led to series of strikes that cost the airline an estimated €335 million.

But in an interview with AFP he declared on Tuesday that the company is now stable.

He said: “We have been fixing, addressing the most major social crisis that has been taking place in Air France by evolving contracts with our pilots, cabin attendants, with our ground staff, which has given us a lot of commercial flexibility that we didn't have in the past. “I am pleased to say that we have social stability now at Air France.

“However to erase 30, 40, 50 years of mistrust, no respect, lack of transparency, lack of confidentiality does take time.”

Starting in February, 2018 saw repeated walk-outs by both pilots and cabin crew at Air France in disputes over pay and contracts in a long-running dispute that badly damaged the airline's reputation with passengers.

However, ahead of meetings on Tuesday to outline the airline's future, Smith said he was optimistic.

“To ensure that we keep pace with our competitors we've got to move faster,” he said.

While parent company KLM's business model “works extremely well”, at Air France “the model is not working as best it should”, he acknowledged.

“The consistency of what we offer on board today in Air France is not what the customers are looking for,” said Smith.

A lack of investment in aircraft is being remedied, with the group announcing in July an order for 60 Airbus A220-300 to modernise its short and medium range fleet.

“We needed a new fleet,” said Smith. “It's really a question of becoming less exposed to the area where Air France is less profitable.”

While Air France still makes money in economy class, he said it is in business class it does best. The agreements with staff gave management flexibility to expand premium classes on days and flights where Air France believes there is additional demand for these services.

“We needed the agreement to better reposition Air France to better focus on the profitable segments of the Air France business,” said Smith.

“We will focus on the markets which will make more sense: the local market in France is the largest tourist market in the world, larger than Spain, larger than the US, larger than UK. This is a huge asset for Air France.”

Another deal with Air France pilots allows a further development of the French arm of the group's low-cost airline, Transavia, which had been capped at 40 aircraft.

Transavia “has been now be given an opportunity for growth,” said Smith.

So far 2019 has proved a tough year for airlines with two French carriers – Aigle Azur and XL – filing for bankruptcy.