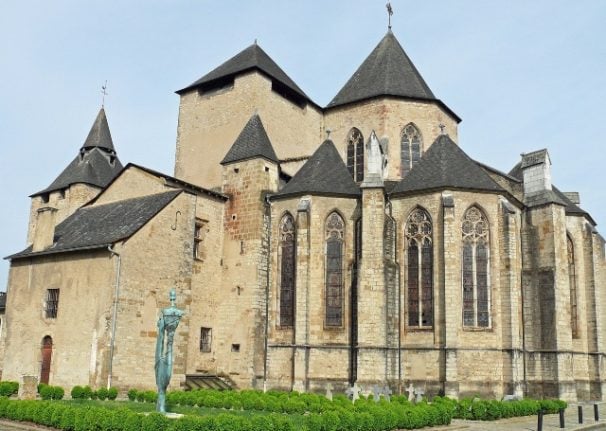 The Oloron-Sainte-Marie cathedral near the town of Pau in the Pyrénees-Atlantique départment was targeted by masked thieves in the early hours of Monday morning.

The cathedral is part of France's Unesco World Heritage site which groups together the historic sites on the ancient pilgrimage route to Santiago de Compostela.

The thieves reportedly strapped a tree trunk to a Peugeot 306 to smash down the old wooden door.

They then broke into a part of the cathedral where several items of value were stored, before fleeing in another vehicle.

Local residents who witnessed the break-in called the police but the thieves were still at large on Monday.

The mayor of the small town said the value of the stolen items was “considerable”.

“Apart from the financial consequences they have robbed a part of the local heritage from the residents of Sainte-Marie,” said Hervé Lucbéreilh.

“We never thought that people would steal the valuables in this way,” he added.