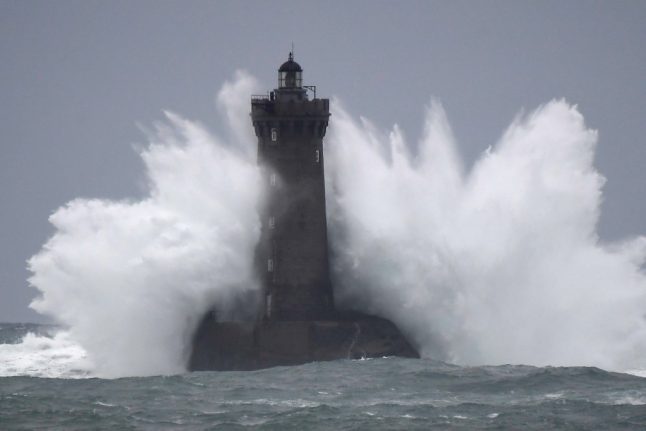 Southern France has been battered by Storm Amélie. Photo: AFP

Storm Amélie brought freak winds, downpours and monster waves to southern France over the weekend. The woman, 71, who died in her own back yard, was the only reported fatality.

The storm dropped trees on roads and railway tracks and ripped loose live electrical wires, leaving tens of thousands of people without power for hours on end, authorities said. About 60 rescuers worked through the night in search of the woman, who was reported missing after a landslide buried her back garden as she was sweeping during a brief respite of heavy rains over Nice, said emergency services spokesman Eric Brocardi.

They moved more than 80 square metres of soil mixed with concrete blocks from a collapsed retaining wall before finding her body.

Sixteen residents of the same neighbourhood, where other landslides have since occurred, have been evacuated as a precaution.

Weather service Meteo France said winds as strong as 163 km/h were recorded in the southwest coastal departments of Gironde and Landes on Sunday, and 121 km/h in Bordeaux.

Several trains were cancelled and several delayed for hours after about 50 trees came down on the lines, said rail operator SNCF.