The reforms came into effect on Friday. Photo: Pascal Guyot/AFP

The new rules, which Macron has defended as necessary to get the unemployed back to work, severely curtail access to benefits for some of the country's 3.62 million jobless.

Those aged over 53 require fewer months of contributions.

The measures, which were pushed through by the government this summer by decree, will lead to around 200,000 jobless losing their benefits, according to Unedic, the state agency in charge of providing the aid.

Around 500,000 others will either have to wait several months more on average to be able to claim benefits or will receive smaller payments, the agency added.

Macron, a centrist former investment banker, came to power in 2017 vowing to get France's legions of unemployed – the unemployment rate stood at 8.5 percent in the second quarter – off benefits and back into the workforce.

He is also on a drive to cut spending, famously complaining last year that France was spending “a crazy amount of dough” on social security.

The regulations that took effect on Friday are part of a battery of reforms to be implemented in two phases, with sweeping changes to the way benefits are calculated – the government believes the current system is too generous – planned for April.

Apart from requiring benefits applicants to have worked for longer the new system also makes it harder for those who find work but later find themselves out of a job again to access assistance.

The reforms also cut the aid available to those who earned over €4,500 a month, who will have their benefits cut by 30 percent after seven months.

Benefits 'not a profession'

The government says it aims to cut the debt of the benefits regime and pressure those who take short contracts just to keep up their benefits to try find long-term employment.

“Being on benefits is not a life goal, it's not a profession,” Labour Minister Muriel Penicaud said recently, adding that “when the market is dynamic, you must return to work”.

But trade unions are up in arm over the changes, including the moderate CFDT trade union, whose leader Laurent Berger has described the reforms as a “slaughter”.

“It's one of the toughest social reforms that have been carried out in the past 25 years,” Berger told Le Figaro newspaper.

Anti-unemployment charity Agir Ensemble Contre Le Chomage warned that those already struggling to get by on benefits now faced a battle “for their very survival”.

Those who stand to benefit from the reforms are people who quit their jobs or who work for themselves.

Until now, employees who resign have been ineligible for unemployment benefits.

Starting on Friday, they will have rights to benefits on condition that they can sketch out a career plan.

The self-employed will also be entitled to claim limited unemployment assistance. 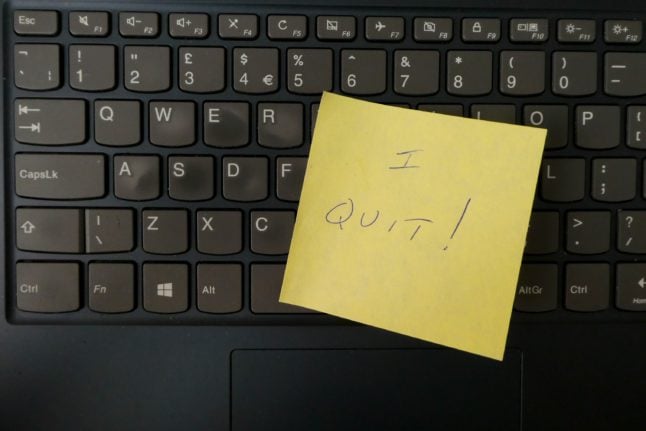