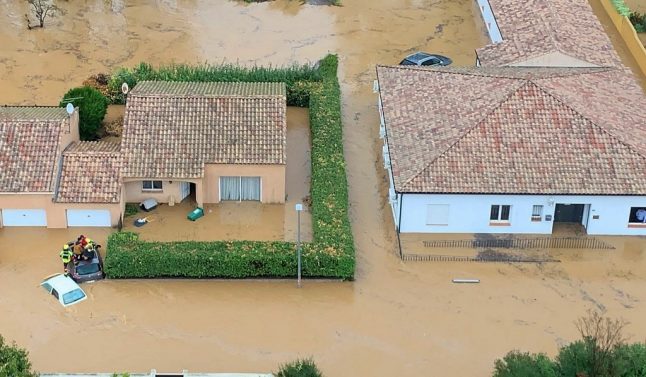 Many houses were inundated with flood waters. Photo: AFP

Many towns and villages were inundated with flash flooding last week after storms brought torrential rainfall.

Three people died in the floods – including an elderly British woman who lived in the Languedoc-Roussillon region. Transport was also widely disrupted with roads closed and trains halted as the flood waters rose. Trains running from Montpellier to the Spanish border will not resume until November 4th, as the floods caused structural damage to the railway.

The declaration of an état de catastrophe naturelle (state of natural disaster) is a legal definition that means disaster relief funds can be released, and also means an easier process for people to make insurance claims for flood damage.

The 186 communes concerned are in the départements of Aude, Bouches-du'Rhône, Hérault, Pyrénées-Orientales, Var and Vaucluse. They were published in the Journal officiel on Thursday, October 1st.

READ ALSO What does a 'state of natural disaster' mean in France?