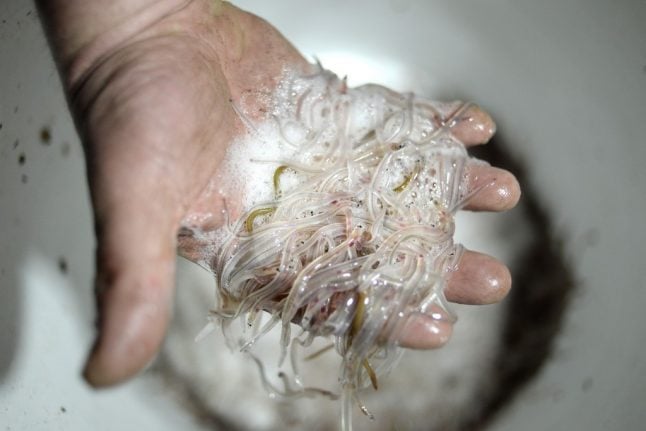 Young European eels – called “glass eels” because of their transparent bodies – can fetch around €5,000 a kilo in China and a local prosecutor said the case was part of a “new form of trafficking that is exploding”.

The 20-year-old woman and 44-year-old man, both Chinese nationals, were stopped on Monday at Paris Charles de Gaulle airport on a transit stop from the city of Toulouse in southwest France.

Each bag was wrapped in thermal insulation.

The court in Bobigny near Paris sentenced the pair to a 10-month suspended prison sentence and a fine of €7,000 each for smuggling and crimes against biodiversity.

European eel numbers have plummeted in recent years through a combination of overfishing, pollution and river dams blocking their migration routes, according to experts.

In France, a kilo of baby eels would cost around €250.

European eels have been protected since 2009 by the Convention on International Trade in Endangered Species of Wild Fauna and Flora (CITES).

At the time, CITES estimated that about half of the eels caught in Europe are exported to China, Japan and South Korea to be grown in fish farms.It estimated the trade at around 200 million eels per year.