“Homeless women are often invisible, face particular difficulties related to gender, and suffer from violence during their life on the street,” said the authors of the study.
Between 2013 and 2018, 280 homeless women died at an average age of just over 46 years old. That number included 24 young women including children under the age of nine. One third of those homeless women who died were mothers with young children.
So what needs to be done?
As part of his presidential election campaign Emmanuel Macron promised to provide a roof over the head of every single person in France. But the government has a lot of work to do before his promise is fulfilled.
Nevertheless the charity Morts de la Rue insists “a home for everyone” must be the ultimate goal for authorities.
“Having a place to live is vital,” say Morts de la Rue.
“We can see that the impact on people of their time spent on the streets – mostly the effect on their physical and mental health which makes reintegration more difficult and even impossible over time,” the study said.
But in the meantime the charity is demanding a new major government study into homelessness. The last one carried out by the state's statistics agency INSEE was back in 2012.
The charity also insists that there must be consistency in the emergency accommodation offered to homeless people, whether it's the night shelters or the temporary homeless accommodation that opens in the winter months but closes in the spring.
Homeless people must be offered shelter all year round, the charity says, to provide them with a base and some stability.
Homeless people also need to be followed more closely by health and social agencies especially after they have spent time in hospital. Often they are not offered any help at vital times such as the period between leaving hospital and waiting to being given temporary accommodation in a shelter.
Police and the courts also need to be made much more aware of the impact of domestic violence on women.
“If they are better protected, they will not be forced to flee their own homes to escape the violence that they endure,” added Morts de la Rue. 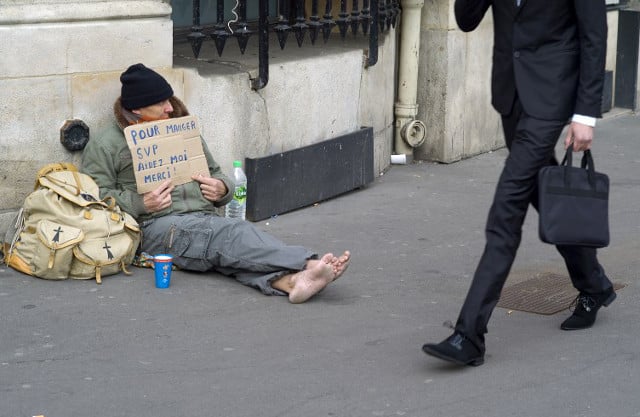 Photo: AFP
The launch of these “bubbles” was announced by the official in charge of the city's homeless population who on Tuesday evening said that they would help increase the amount of accommodation for people living on the Paris streets.
“We need at least 3,000 more places [for homeless people],” said Dominique Versini.
So far the size of the “bubbles” has not been revealed although Versini said that they would account for “at least half” of the 3,000 places she says are necessary.  It has also not been decided where these bubbles will be located.
She also announced the creation of a public bath and shower area reserved for women, as well as two new restaurants for the city's homeless and an area for them to store their belongings.
However so far City Hall has not announced when this plan will be put into action.
READ ALSO: During the city's first ever Nuit de Solidarite (Night of Solidarity) in February, 1,700 volunteers and 300 Paris officials found that at least 3,000 people were sleeping rough on the streets of the French capital and authorities warned that this was likely to be a serious underestimate.
This situation is “of absolute urgency,” said Mayor of Paris Anne Hidalgo on Tuesday night, adding that it was necessary to come up with new ways of addressing the situation.
“Today there are 16,000 permanent places every day, and you need to go beyond that,” she continued.
In February, after several controversies over the number of people on the street, the government had argued that 13,000 emergency shelter places had been created this winter.
Visitors to Paris are often shocked by the poverty that exists in some parts of the capital, especially the omnipresent beggars on the metro and the migrants' tents perched along the Canal Saint-Martin.
According to recent figures, 11 people living on the Paris streets died between January 1st and February 12th in 2018.
And across the greater Paris region of Ile-de-France there were a total of 18 deaths during the same period, according to the list from Les Morts dans la Rue (Deaths on the street), a collective dedicated to documenting the deaths of homeless people in France.
In response to the list, Jean-Christophe Combe, director general of the Red Cross, told Le Figaro that the situation was “not acceptable and not sustainable”. 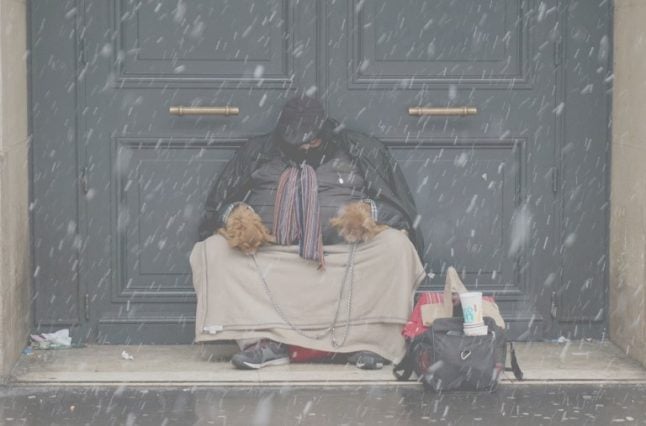 HOMELESS
For first time ever, Paris counts its homeless 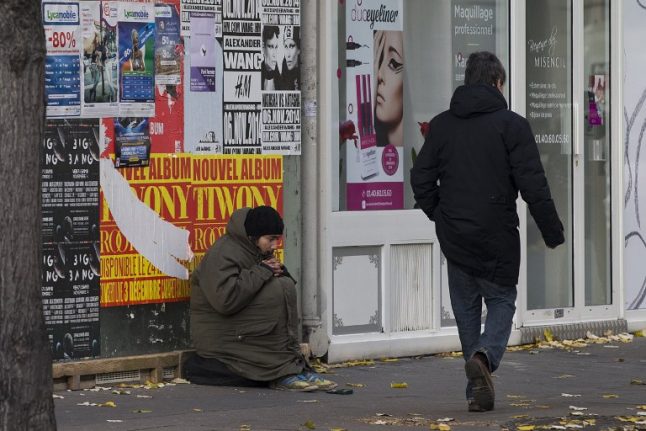