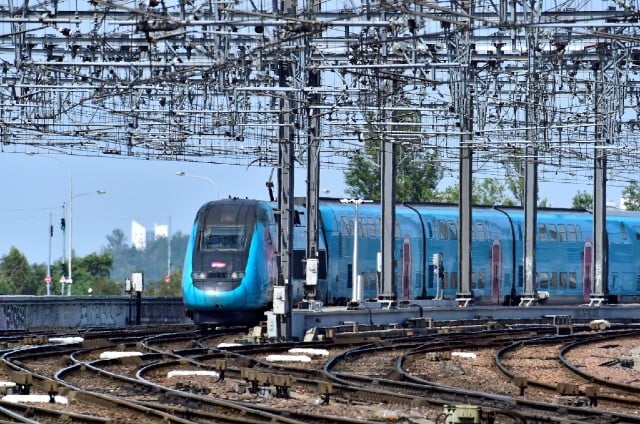 The wildcat strike action began last week after a dispute over working hours at a maintenance depot for TGV trains running in western France. After four days of walk-outs, workers have again taken action this week, with no end date in sight.

While the train company managed to keep the majority of trains running during the four-day action last week, services have been much more severely impacted this week.

With hundreds of TGV trains blocked in the depot, only three in 10 trains will be running on the routes between Paris Montparnasse and Bordeaux, Rennes, Toulouse, Nantes and Saint-Malo.

SNCF says there will be at least one train running on each route on Monday, but hundreds of people who have pre-booked trains have already been sent emails and text messages telling them their train has been cancelled.

The trains that do run are expected to be exceptionally busy, so SNCF is advising people not to travel unless absolutely necessary.

It was unclear whether the strike will be finished by Thursday, which is expected to be a busy day for travel due to the three-day weekend created by the November 1st public holiday.

The strike comes just days after a separate industrial action that affected the local TER trains, which was called over safety fears after a crash between a train and a lorry at a level crossing.

This latest strike action concerns an agreement over rest days for maintenance workers at the Châtillon maintenance centre.

French newspaper Le Parisien reported that the dispute had arisen over a management decision to review a local agreement that gave workers at the depot an extra 12 rest days.

A leaflet distributed by the approximately 200 workers who have taken strike action declared: “We can no longer accept to work with wages close to minimum wage and frozen for five years, understaffed and with employees who are resigning more and more often.

“Management considers our strike illegitimate because we did not notify within the 48-hour deadline for minimum service, but it was the only way to be heard.”