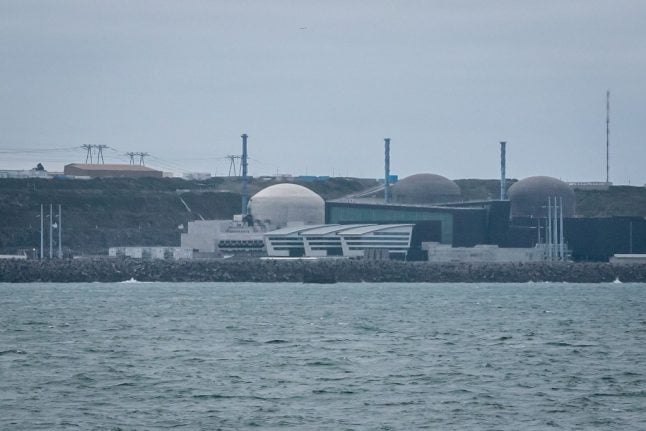 Edf has been working at Flamanville since 2007 and is now 'eyeing' 2022 as a finish date. Photo: AFP

The report was presented to EDF's largest shareholder, the French government, which called for an urgent “plan of action” to improve standards at the company and get the much-needed plant online.

The delays at the Flamanville site in northern France come on top of a massive cost overrun at the Hinkley Point nuclear project EDF is building in Britain and a decade-long delay to the Olkiluoto plant in Finland.

Earlier this month, the company said fixing faulty welding on the Flamanville reactor will add €1.5 billion to the already swollen price tag.

Presented by Jean-Martin Folz, ex-boss of car-maker PSA, Monday's audit report highlighted a loss of competence at EDF and slammed the company for lacking a “culture of quality.”

He ordered the company to put in place an action plan within a month to bring its nuclear project to the “highest levels”.

EDF chief executive Jean-Bernard Levy, at the same press conference, said he accepted the findings and vowed the company would “redouble its efforts” to boost skill levels.

Folz said that in spite of the problems, the EPR project has successfully demonstrated the “relevance” of the new technology.

The EDF's board a few months ago discussed abandoning the Flamanville project but the French state still supports the build despite frustration with the delays.

The project was meant to showcase the third-generation EPR reactor technology that EDF has sold to Britain and Finland.

In September, EDF announced that an EPR reactor it is building on Britain's south coast would also be delayed, and cost between £1.9 and £2.9 billion more than initially estimated.

A similar EPR third generation nuclear power plant project in Olkiluoto in Finland is now 10 years behind the initial schedule.

Folz said EDF would need to embark on a massive investment and recruitment drive, which was only possible if the government commits to “stable, long-term programmes for the construction of new reactors and the maintenance of the existing fleet.”

The state is considering building more reactors but Environment Minister Elisabeth Borne insisted Monday a decision cannot be taken before EDF has demonstrated the effective running of the EPR.

France relies on nuclear power for 72 percent of its electricity needs. The government wants to reduce this to 50 percent by 2035 by developing more renewable energy sources.

But France, by far the country most reliant on nuclear energy, has no intention of phasing this source out altogether, like Germany.

The nuclear sector provides jobs for nearly a quarter of a million people.

Two reactors in Fassenheim in the east of the country are still online despite a 40-year lifespan that expired two years ago.

Last year, a parliamentary report highlighted failings in the safety and defences of the country's nuclear plants, citing a series of shutdowns at sites around the country.