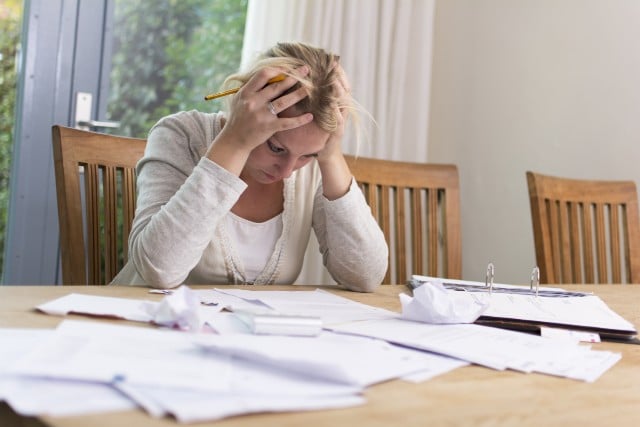 Which bits of Brexit paperwork do you need to do now? Photo: mactrunk/Depositphotos

Brits across France had been ramping up their Brexit preparations in anticipation of a leave date of October 31st. But with news on Monday that the EU have agreed to a third Brexit extension, the leave date has now been delayed until up to January 31st. Kalba Meadows from France Rights campaign group said: “One good thing that has become apparent is that there seems to be little appetite for no deal, either in the UK or the EU.

“Obviously the best outcome for our rights is not Brexit at all but if that's not an option then a deal is by far and away the best scenario.”

The UK government now has another three months to try to pass the deal in the British parliament.

So what does the delay mean for Brits in France. Is there anything they should be doing?

Brits in France already know what the conditions are for them to remain in France, both in the case of a no-deal exit or under the Withdrawal Agreement, so the extension changes nothing there.

Last month the French government launched its new website to process residency applications for cartes de séjour, although it was always the case that while applications can be submitted now, they will not start being processed until the UK has actually left – when we will know whether there is a deal or not.

READ ALSO France's new carte de séjour residency site – how does it work and what do I need?

When (if?) the UK actually leaves, all the applications submitted to the site will be sent to the applicants' local préfecture, who will begin processing them.

If there is a no-deal, all applications have to be submitted within 6 months of the exit date, if there is a deal there will be a transition period until at least December 2020 for people to get their application in.

So the extension has provided a little more time for people to get their paperwork together for the site, but everyone will still need to submit their application sooner or later (unless Brexit is cancelled altogether of course).

The website will need to be used by every British person living in France (although those that don't have internet access can still go to the local préfecture).

People who already have a 10-year carte de séjour permanent can use it to swap their card for a new residency card, everyone else will need to make a completely new application.

This includes people who have already made an application through the appointment system at their local préfecture. Because the applications are all processed by the préfectures there is no danger of duplicated applications, but the existing applications will not be transferred automatically onto the new system.

Advice varies on whether it's best to wait or get your application in now and it probably depends on your personal circumstances. If your circumstances are likely to change or improve over the next few months (for example if you will soon clock up the five years necessary to get a long-term residency card) it would be better to wait.

Kalba Meadows from France Rights campaign group says: “France is well prepared for a no deal scenario but hasn't done any real planning for what happens if there's a deal.

“So with such a level of uncertainty perhaps the best thing to do is hang fire – maybe get your dossier together but if there is a deal there will also be a longer period to apply for a new residency card.”

READ ALSO What are the main difference between a no-deal Brexit and leaving with a deal for Brits in Europe? Your application will only start to be processed once the UK actually leaves, although you can submit it now. Photo: AFP

Until Britain actually leaves, freedom of movement continues as normal for UK citizens.

And if there is a deal, freedom of movement continues throughout the transition period (currently ending on December 31st, 2020, but it is possible this could be extended). So if you're planning a move to France this definitely takes the pressure off – as long as you arrive before freedom of movement ends you will be entitled to the special arrangements for British people for residency and healthcare.

In terms of healthcare the extension doesn't alter the position for Brits in France, but does provide a bit of breathing space for those who need to enroll in the French healthcare system.

The picture here is a little complicated – but anyone working in France is entitled to join the French healthcare system and gain a carte vitale. You can do this immediately but be aware that applications often take several months to be processed – find out more here.

Early retirees and anyone else not covered by either the S1 scheme or employee contributions needs to join the PUMa scheme. Again this can be done straight away, you do not need to wait for Brexit, but can take several months for the application to be processed. Find out more here.

The EHIC European health cards issued in the UK will cease to work after Brexit – either on Brexit day itself in the case of a no-deal or at the end of the transition period in case of a deal. So if you rely on those for healthcare you will need to make alternative arrangements.

Anyone who is in the French healthcare system can request a French-issued EHIC which will cover you for trips to other European countries. Travel will continue as normal until exit date. Photo: AFP

Pensions will continue to be uprated as long at the UK is in the EU, so staying in a bit longer is good news for pensioners. Once the UK leaves, the uprating will continue for three years – or until a bilateral deal is done – in a no-deal Brexit. If there is a deal it will continue for life.

People who have complicated financial affairs with income from both the UK and France could use the extension to get independent financial advice, however, as some things may become more difficult after Brexit.

All travel (for both people and pets) continues as normal until the UK actually leaves, and British citizens will still be entitled to use the EU passport holders queue.

The extension offered by the EU is a 'flextension' – meaning that it runs until January 31st, but the UK can leave earlier than that if a deal is agreed. So provided Boris Johnson agrees to the EU's offer (which he more or less has to through the Benn Act) there is no danger of a no-deal exit before January 31st.

This means that various no-deal travel headaches (such as the lack of clarity on travel in and out of the Schengen Zone for people who do not already have proof of residency) are averted until at least January 31st.

So we can all start making travel plans for Christmas.

“The biggest piece of advice I'd pass on is that anyone who has been out of the UK for less than 15 years should make sure they are registered to vote,” says Kalba Meadows.

That's because it's increasingly likely a general election will take place in the UK over the coming months.

Most people are advising those Brits living abroad to set up a proxy vote rather than a postal vote. And it's worth noting that you can have a postal proxy vote, where your proxy vote lives in a different constituency to where you live, but can post your vote.

The reason this option is seen as a better option to a postal vote is that there are less likely to be delays and problems with the UK post.

But the first thing Brits living in the EU need to do is register to vote (see the link below for all the info you need).

Proxy not postal: Brits in France urged to register to vote before next election