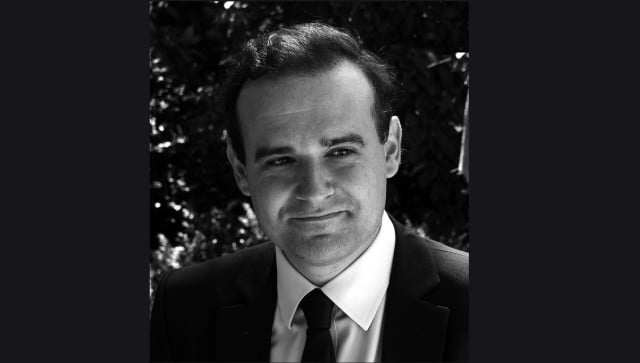 Alexandre Holyrod, a member of France's Assemblée national, has been instrumental in setting up the systems that will allow British people already resident in France to stay after Brexit.

The French-British dual national is an MP for President Emmanual Macron's La République En Marche (LREM) party and is one of the deputés who represents French citizens who live abroad.

Unlike the UK, France grants full voting rights to its citizens who choose to live abroad for as long as they like, and also has a number of MPs who represent their interests.

He therefore represents the tens of thousands French people who live in the UK, but was also the rapporteur to the French parliamentary select committee in charge of organising preparations for Brexit, part of which involved putting in place arrangements in France for British people who live here.

In that role, he was instrumental in putting together the French no-deal Brexit preparations on citizens rights outlined in the ordonnance published in April, as well as more recent additions like the online application process for residency permits. He spoke to The Local about the process from the perspective of French lawmakers.

He said: “We were very clear from the start that British people living in France should be afforded the easiest circumstances possible to remain in the same conditions – within the framework of our laws.
“Some things were impossible to reconcile – for example the right to continue running for election because that is a right for EU citizens – but I think the vast majority of rights were respected.
“Throughout all the discussions on this in the French parliament it was clear that this was a practical discussion not a political one – everyone wanted to offer the most advantageous treatment possible, within the framework of our laws, to British people who are already resident here.
“There were no dissenting views from that, it was merely a case of developing a system within our framework.
“Our message to the British people who are living in France is very clear – you will always be welcome here.”
France has repeatedly said that it wants a strong relationship with the UK after Brexit, and has always said it will do what it can for its British residents, but many of the rights for UK citizens living in Europe are based on the principle of reciprocity, so the stance of the UK is crucial.
The work of Holroyd and his committee resulted in the ordonnance published in April which lays out the conditions under which British people who are already resident in France can remain in the case of a no-deal Brexit.
If Britain leaves with a deal, citizens rights for British people are covered in the Withdrawal Agreement, although there is still latitude for countries to decide how to implement their residency procedures.
READ MORE: A reminder of what the Brexit deal means for Brits in France
In France, a website has been set up for British people already here to apply for residency. It is open now to take applications, although the French authorities will not begin processing them until the UK has actually left –  with or without a deal.
The ordonnance also gives a grace period of a year for people to sort out their residency.
He added: “The grace period – in the case of a no-deal Brexit – is intended to be a time when people can carry on their normal daily lives.”
READ ALSO Brexit stories: 'We have both had cancer, no private health insurance would touch us now' As the MP for the troisieme circonscription des français establi etranger with responsibility for French people living in northern Europe, Holroyd has also been closely involved with the process for French people living in the UK.
He said: “I think the situation for the French in the UK is very similar to the British in France in that there is significant uncertainty and also sadness at the way the decision went, and of course they have the same worries about residency and healthcare and the strength of the commitments that have been made to them and what happens to people who either do not qualify for residency or do not apply in time.
“We are monitoring the Settled Status scheme and for the moment the majority of the people that we are aware of being given incorrect status is because of mistakes they have made in applying.
“But of course there are a lot of people still waiting for their applications to be processed.
“Of course we believe that the best way to fully guarantee rights for UK and EU citizens is for the British parliament to agree to the deal.
“It is a good deal and it has been negotiated painstakingly over three years. The best option would be for them to ratify it and then we can move on to the real Brexit negotiations, which are likely to be complicated and time consuming.
“It is time to draw a line and to at least provide some certainly for the EU citizens in the UK and UK citizens in the EU.
“France has prepared for no deal, but being prepared is not the same as there being no consequences and I think it is important to recognise that.”
France has spent €40 million on border arrangements alone in its no-deal preparations, the majority of which has gone on customs arrangements at northern ports like Calais with the UK such as implementing new technology and employing extra customs officers.
However Holroyd also confirmed that the French government will be investing in extra resources to deal with residency applications from British people after Brexit.
He said: “The Ministry of the Interior has committed to giving more resources to this, particularly in préfectures where a lot of British people live.
“The situation at préfectures is often different from place to place in France, some are large some have a much smaller staff and in this case some have only a small population of British people while in other areas there is a potential influx. So people will see a difference in how applications are processed, in the speed and the timing.”
For the moment all the French parliament can do is wait to see what will happen over the next few days at the House of Commons in London. And as they wait, so do tens of thousands of British people who wish to continue to live and work in France.