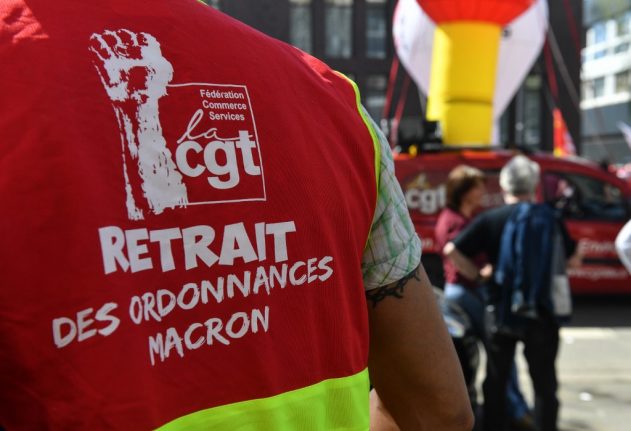 The annual Melbourne Mercer Global Pensions Index assigns a score to 37 countries based on the adequacy, sustainability and integrity of their pensions schemes, and France scored just a C+, meaning the system has “some good features but also major risks and/or shortcomings.”

France's generous pensions stem is currently at the centre of a major political battle, with president Emmanuel Macron intent on reforming the system but running into stiff resistance from unions.

READ ALSO ANALYSIS: What you need to know to understand why pension reform spells trouble in France

The current state pension age of 62 is proving to be a major sticking point and the issue has already provoked a one-day Metro strike in Paris with the promise of more to come in December.

Only Denmark and the Netherlands scored the top A grade for a “first class and robust” system.

The problems that the report flagged with the French system were around its sustainability.

The report also noted that France had one of the largest gaps between its state pension age and the average projected life expectancy.

The suggestions around pension age could increase the already bitter controversy around the subject.

The reform of the pension system is one of the Macron government's aims over the next two years, and a blueprint has been drawn up to simplify the current highly complicated system – which has 42 separate pension regimes – and align the state and private systems.

However it is any proposed changes to the state pension age of 62 that have proved the most controversial, and not for the first time – when Nicolas Sarkozy tried to change it a decade ago, more than a million people took to the streets to protest.

Macron made it a campaign pledge not to touch the current age, but the attempt to do away with the special regimes of some types of workers means that in reality some people would retire later.

Currently certain groups such as rail workers retire early – from 50 for train drivers and 55 for Metro workers – under their own special pension regimes.

Rail unions says that such generous pension deals make up for lower pay and poor working conditions such as shift work and exposure to pollution.

In an attempt to defuse anger around the conversation, Macron has held a series of public meetings urging people to get involved in the consultations.

But unions have already given notice of more strikes on the Paris Metro in December after a one-day action on September 13th brought the city's transport to a virtual standstill.