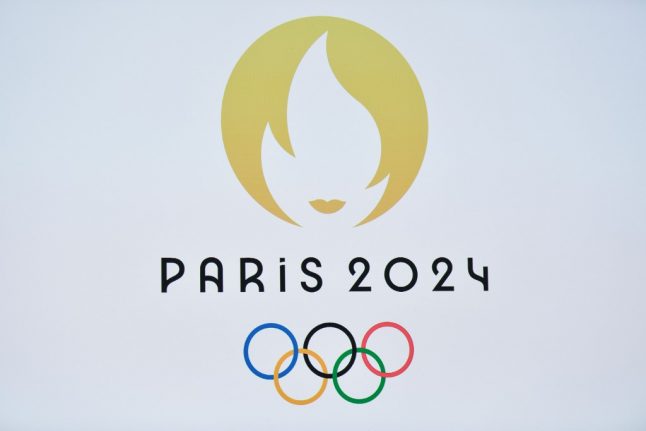 The official logo of the games – which will be used by both the Olympics and Paralympics – was unveiled in Paris on Monday night.

The designers say the image incorporates a gold medal, the Olympic flame and Marianne – the symbol of the French Republic.

“It is made up of three symbols, both simple and powerful,” the organisers said in a statement.

“The gold medal, symbol of sport. The flame, icon of the Olympic and Paralympic movement. Marianne, image of France.

“These symbols reveal a face that embodies our ambition to put people at the heart of the Games.”

The Art Deco styling is a nod to 1924, the last time Paris hosted the games.

But on the Twitter reaction was more along the lines of – affectionate – mockery, with many people pointing out that the logo basically looks like a chic Paris woman with bobbed hair and lipstick.

The French Olympic logo tumbles out of bed on a Parisian morning. She tousles her messy bob, dons breton stripes and ballet flats and whisks down the stairs from her fifth-floor apartment to grab a baguette before enigmatically texting two men who are pursuing her romantically. pic.twitter.com/5R2PVaXaa6

Others spotted a resemblance to Welsh actress Ruth Jones – better known as Nessa in hit TV show Gavin and Stacey.

The #Paris2024 logo as female icons

While Andrew Lavery seems to be drawing on very personal recollections here.

Why does the Paris 2024 Olympics logo look like it drives an Audi TT, complains to every manager it sees and is named Karen!? #Paris2024 https://t.co/Fo4fC24Aej

Others felt that a certain similarity in the logo was a nod to Paris' reputation as the city of romance.

Congratulations to France for embracing the iOS 13 update and giving us the Memoji Olympic Emblem. How did I do? #Olympics #Paris2024 #Memoji #MustBeHalfTerm pic.twitter.com/LcSFHJu6aa

Yet there was also plenty of support for the logo, with government spokesman Sibeth Ndiaye describing it as “magnifique”.

And one thing everyone can agree on – the image certainly says 'France'.