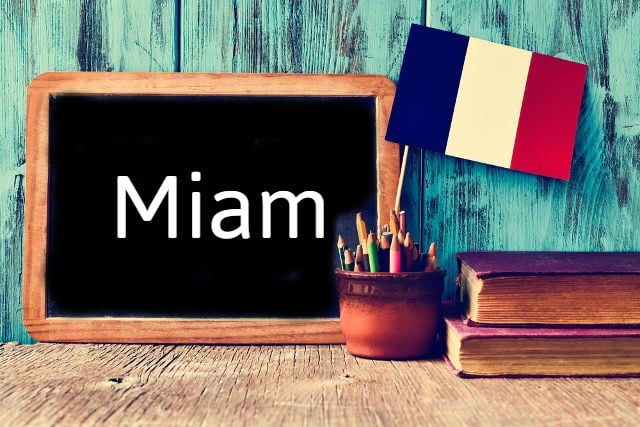 Why do I need to know miam?

A simple word, often used by kids, it's also very common across France and a nice informal way to express your appreciation for a delicious dinner or snack.

It means yum or yummy! As with yum, it's often paired so you will see the phrase miam miam everywhere – it's particularly common as a name for food trucks and street food stalls.

As with yum yum, it's a slightly childish phrase, but it's perfectly acceptable to say in informal situations if your hostess has just handed you a delicious plate of food, or you're describing the new delicacy at your local pâtisserie.

As an informal phrase, it might raise an eyebrow if you said it to the waiter in a Michelin-starred restaurant, but you won't ever cause offence with this phrase.

If you're into posting pictures of your food on Twitter or Instagram, #miam is a popular hashtag in France that will let you find fellow foodies.

Although usually used to describe food, you could also use it to describe a particularly attractive person.

If you want to see more French words or expression, head to our French Word of the Day section.