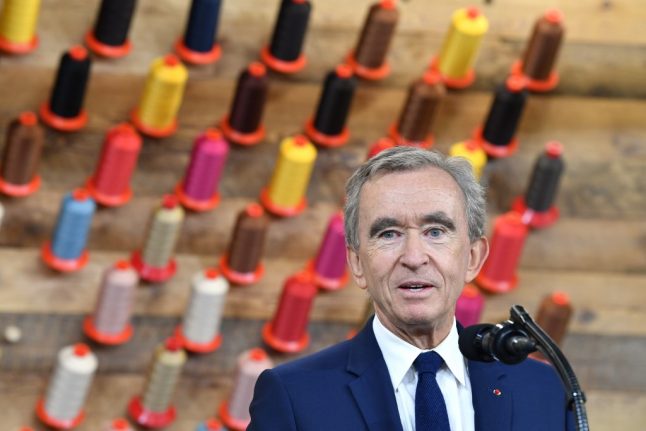 Budget Minister Gerald Darmanin said the proposal, adopted by the National Assembly, would apply to about 1,500 leaders of 765 companies with turnover in excess of €250 million.

“The vast majority are paying their taxes in France but a small proportion are not and this will solve that,” he said.

The measure is included in the 2020 budget bill, which also has to be approved by the upper house Senate before becoming law.

READ ALSO How much more disposable income will you have under the 2020 budget?

The issue of the mega-rich squirreling away their millions away in countries such as Belgium or Switzerland where they pay lower taxes, has long been a source of frustration in France.

In 2012, France's richest man Bernard Arnault, head of the luxury goods conglomerate LVMH, came under fire after it emerged he had applied for a Belgian passport at a time when the government was mulling a 75-percent tax on top earners.

Arnault denied his application was tax-related but faced with the outcry later withdrew his Belgian citizenship application.

Actor Gerard Depardieu also came in for a torrent of criticism when he took up residence in a tiny village in Belgium, a favoured spot for wealthy French nationals seeking to reduce their tax bill, before later accepting a Russian passport from President Vladimir Putin.

The subject resurfaced last year after it emerged that the former head of French carmaker Renault, Carlos Ghosn, awaiting trial in Japan on charges of financial misconduct, had moved some of his money out of France in 2012 to avoid a “solidarity tax” on high earners.

Ghosn was a resident in the Netherlands for tax purposes.

President Emmanuel Macron pledged to tackle the issue which had fuelled “yellow vest” protests which erupted last year over policies seen as skewed towards the rich.

The government had initially proposed applying the measure to bosses of companies with revenues in excess of 1 billion euros but later backed an amendment brought by three left-wing and one centrist party to lower the bar to 250 million euros.

Darmanin said the new rule would take account of bilateral tax agreements with other countries.

“There will be no double taxation,” he said.

Welcoming the vote, Jean-Paul Mattei, an MP from the centrist MoDem party, said it would “give a good image of what the manager of a French company should be like.”