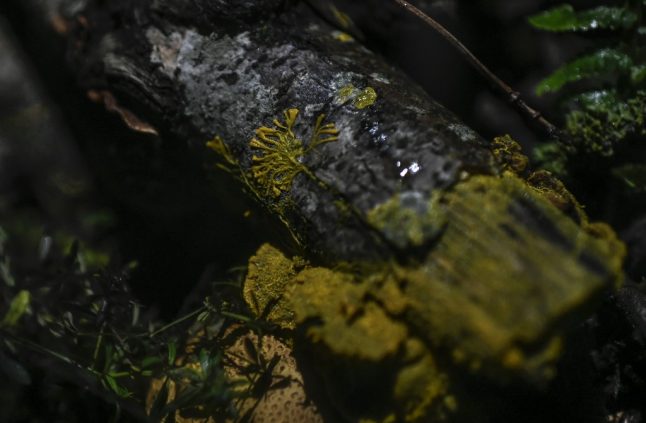 The blob installed in its 'blob zone' in Paris. Photos: AFP

Named after the 1950s horror film, The Blob will be on display to visitors at the Paris Zoological Park from Saturday.

Despite having no limbs or wings it can move itself and heals itself within two minutes if cut in half. Bruno David, director of the Paris Museum of Natural History, of which the Zoological Park is part, told French media: “It surprises us because it has no brain but is able to learn . . . and if you merge two blobs, the one that has learned will transmit its knowledge to the other.

“It behaves very surprisingly for something that looks like a mushroom. It has the behavior of an animal, it is able to learn.”

The naturally occurring primitive organism is thought to be about 500 million years old, but despite this scientists are not sure whether it is an animal or a fungus. It is now installed in the 'blob zone' at the zoological park in the Bois de Vincennes where, as well as being on display to the public, scientists will also study it to understand more about its complex behaviour.

They have already grown a blob 10 metres long and discovered that it is very hard to kill – it can even survive being put in the microwave – and can heal itself.

Despite this, and it's name paying homage to the terrifying 1958 Steve McQueen film, scientists insist that it is harmless.