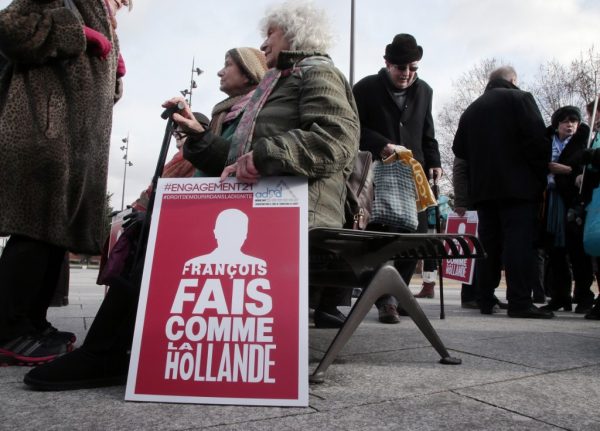 It does not let ill or elderly people take their own life, which some religious groups denounce as “state-sponsored suicide.”

READ ALSO The story of Vincent Lambert, the man at the centre of France's bitter right to die case

US authorities alerted French colleagues last July that several packages containing Nembutal, a brand name for the drug pentobarbital, had been discovered en route to France marked as cosmetics.

The drug, owned by the Danish firm Lundbeck, has been outlawed for human medical use in France since 1996.

“Produced by a Danish laboratory which has an exclusive licence to make it in the United States, it is sometimes misused by people hoping to end their lives,” Paris prosecutor Remy Heitz said in a statement.

Investigators found 125 direct recipients of the barbiturate, and on Tuesday some 300 officers carried out raids in 18 regions across France.

Heitz said 130 bottles suspected of containing Nembutal were seized at 103 different sites, and analyses are planned.

He did not say if any people were arrested during the investigations or raids.