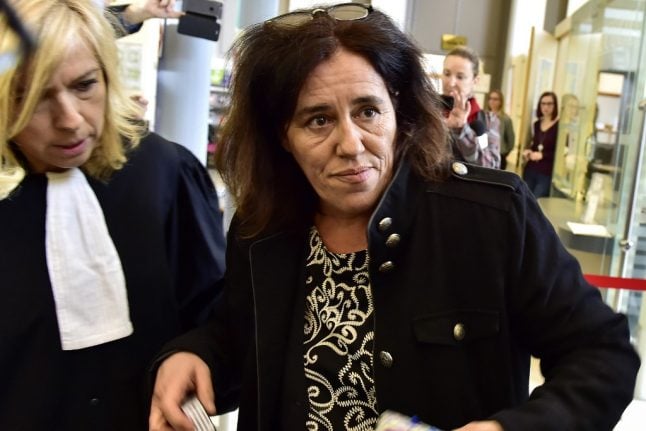 The girl, now seven, was permanently traumatised by the ordeal, and today has the mental capacity of a two-to-three-year-old, according to doctors.

Prosecutors say she was kept in a carrycot for two years, usually in the trunk of her mother's station wagon and sometimes in an abandoned room in the family home in the Correze region of central France.

No one else knew of the baby's existence.

A mechanic discovered the infant in the filthy boot of Rosa Maria Da Cruz's car when she took it to be repaired.

Hearing a noise, he opened the trunk to discover the baby naked, filthy and dehydrated. She was surrounded by maggots and excrement.

Da Cruz, originally from Portugal, also has three other children, and her lawyers said she never accepted her fourth pregnancy.

Last November, after a week-long jury trial, a court sentenced Da Cruz to a five-year jail term, but three years were suspended.

She appealed the sentence, but so did prosecutors who sought a sentence of no less than 10 years.

On Wednesday, appeals judges in Limoges said Da Cruz should serve five years in prison and withdrew all parental authority over her daughter, now in foster care.

The girl suffers severe mental impairments, including irreversible autism, which medical experts attribute to sensory deprivation during her early months.

Da Cruz's partner Domingos Sampaio Alves, an unemployed bricklayer, insisted during a previous court appearance that he had no idea Da Cruz had given birth to another child.

“I don't know why she did this,” he told the court, describing her as “a good mother” to their other children, then aged nine, 14 and 15.

The couple were allowed to keep their three older children, whom a paediatrician described in court as having been “perfectly raised”.

During the trial, it emerged that Da Cruz had also initially hidden the pregnancies of two of her other children from her partner, not wanting to accept reality.

Her lawyers had argued for Da Cruz's acquittal, saying she was mentally unwell.