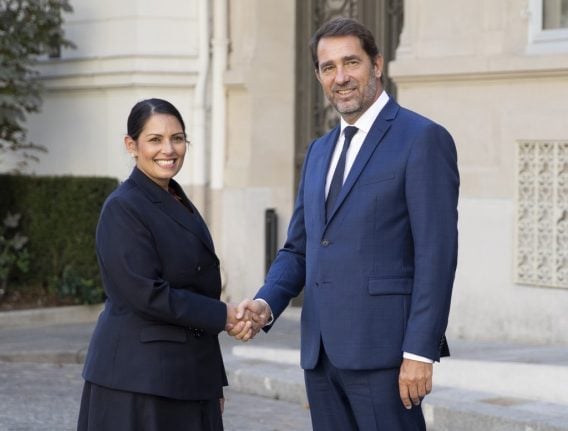 The deal was agreed between Christophe Castaner and Priti Patel. Photo: AFP

On Monday, the bodies of two young Iraqis were found washed up on a beach in the northern French town of Le Touquet, a first in a region where migrants are taking to boats in growing numbers to try reach Britain.

French Interior Minister Christophe Castaner and his British counterpart Priti Patel agreed, during a visit to northern France in late August, that Britain would provide financial support to help prevent the dangerous and illegal crossings, the ministry said in a statement.

Under the joint plan, which came into operation on September 28th, more French gendarmerie reservists will reinforce the patrols along the northern coast around Calais, the statement said.

The costs will be added to the €7 million already committed by the British side for the French anti-migrant efforts.

“The strengthening of the action plan marks a new and very concrete level of engagement by the United Kingdom,” Castaner was quoted as saying in the statement.

“It is more necessary than ever to stop this phenomenon, not only to reduce migratory pressure… but also to avoid new human tragedies,” he added.

Local officials in northern France said 1,473 migrants were known to have attempted to reach the British coast from France in August, compared to 586 in the same month last year.