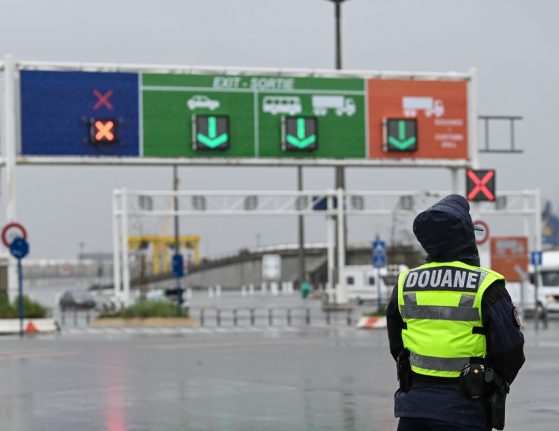 France has spent €40 million on its own no-deal Brexit preparations. Photo: AFP

And, of course, the answer is – not much. While Brexit has dominated the British press for three long, weary and mostly screamingly tedious years, most lucky French people barely give it a thought from one season to the next.

When the subject is raised in bars, coffee shops and offices, we find that the general attitude is one of pity, incomprehension and mild mockery.

Fortunately, some proper scientists have now come along to conduct an in-depth opinion poll on French people's views on Brexit.

The Kantar Centre on the Future of Europe, which brings together a pan-European team of researchers with expertise in political and opinion polls, has conducted an online poll of 1,000 French adults to ask what they think of Brexit.

The results were then compared with similar polls in Germany, the Netherlands, Ireland, Spain and Poland, and produced some surprising variations between countries. Will the UK really go this time? The French are unsure. Photo: Kantar

Moving on to the question of whether or not Brexit is such a great idea, 40 percent of the French people surveyed said it was either a bad or very bad idea, 26 percent were undecided, while just 20 percent thought it was either a good or very good idea.

The French also took an optimistic view of the impact of a no-deal Brexit on the rest of the EU, with 35 percent saying they thought it would make no difference and 10 percent saying they think it will improve things for the rest of the bloc. France was again notably more optimistic on this matter than the other countries surveyed, with Germany and Spain leading the doom-mongers in saying that things would be worse for the EU in the case of a no-deal Brexit.

The survey also asked French people whether they would like a referendum on the subject of membership of the EU. The idea of leaving the EU had at one point gained some political currency in France, with the far right Rassemblement National advocating it for several years. However, after losing heavily in the 2017 election – and seeing the chaos across the Channel – it now seems to have been quietly dropped from Marine Le Pen's party manifesto, with the RN favouring reforming the institution from within instead. An EU referendum in France looks like it would be a more decisive affair than the 48:52 nightmare that has plagued Britain

While opinion seemed a little vague on whether they want a referendum or not, there was at least one decisive vote – just 24 percent of people said they would vote to leave while 54 percent wanted to remain. Of the others, six percent wouldn't vote while the remaining 18 percent didn't know.

And France was the most Eurosceptic of the countries polled. Germany, the Netherlands, Ireland, Spain and Poland polled leave votes of respectively 17, 19, 12, 13 and 13 percent.

Boris Johnson, not a hugely popular figure in France anyway due to his long history of 'French bashing' did not come out well of the poll, with 42 percent of French people saying that they believed he played a negative role in the ongoing negotiations between the UK and the EU, compared to just 24 percent who believed that about his predecessor Theresa May. If you live in France, or just spend time here, and are unsure what Brexit means for you, head to our Preparing for Brexit section for all the latest practical information.

The study, conducted by academics at Lancaster and Birmingham universities, provides a snapshot of how Brits in the EU live – their age, family, work and education – and how they feel about the UK in the six years since the Brexit vote.

Unsurprisingly, it revealed that Brexit has had a major practical impact on the lives of Brits living in the EU – who are now subject to third-country rules and require residency cards or visas and face restrictions on voting and onward movement within the EU.

But the survey’s 1,328 respondents were also asked about their emotions towards the country of their birth.

Eighty percent of respondents said it had changed their feelings towards the UK.

A British woman living in Norway said she felt: “Deep, deep shame. Embarrassed to be British, ashamed that I didn’t try hard enough, or appreciate my EU citizenship.”

“Since Brexit I am disappointed in the UK. I am worried, and no longer feel like I have the same affinity for the country. It’s a shame because I love ‘home’ but the country feels so polarised,” added a British woman in her 30s living in Denmark.

An Austrian resident with dual British-Irish nationality said: “I feel disconnected, like it’s a completely different country from how I left it.

“So much so I feel more connected with my second nationality (Irish) despite the fact I never grew up in Ireland. It’s embarrassing what’s happened in the UK and what continues to happen. It’s like watching a house on fire from afar.”

A British woman in her 50s living in Spain said: “It was shambolic. Too late, too little, mixed messaging, lack of seriousness. So many deaths after what should have been a head start.”

A British man living in Greece described it simply as “a shit show”.

In addition to the Brexit effect, the survey also provided interesting and detailed data on the lives and profiles of Brits who live in the EU;

Almost all respondents said that Brexit had impacted their lives, with the loss of freedom of movement being the most common effect mentioned.

One man said: “My original plan (pre-2016) was to move to France on retirement, due in 2026. Brexit caused me to move sooner, in order to retain my European citizenship rights. The pandemic helped (indirectly) in that I got locked down in France in 2020, which enabled me to earn residence under the pre-Brexit rules. I had been talking to my employer about doing something similar before the pandemic broke.”

“I moved to France in 2020 in order to protect my right to live and work in France post-Brexit. My migration is 100 percent a result of Brexit,” said one American-British dual national.

Other respondents talked about the post-Brexit admin necessary to gain residency status in their country, financial losses due to the weakening of the pound against the euro and the loss on onward freedom of movement – meaning that Brits resident in one EU country no longer have the right to move to another.

The report also highlighted that only 60 percent of respondents had changed their legal status by security residency since Brexit.

For some Brits in the EU this is not necessary if they already have citizenship of their country of residence (or another EU country such as Ireland) but the report’s author highlighted that: “It may also offer an early indicator that within this population there are some who may find themselves without legal residence status, with consequences in the future for their right to residence, and access to healthcare, welfare and work (among other services).”

In total 42 percent of respondents were completely disenfranchised – the 15-year rule means they can no longer vote in the UK, while the loss of EU citizenship means that they cannot vote in European or local elections in their country of residence.

The British government has recently announced the ending of the 15-year rule, giving voting rights to all UK nationals, no matter how long they live outside the UK. 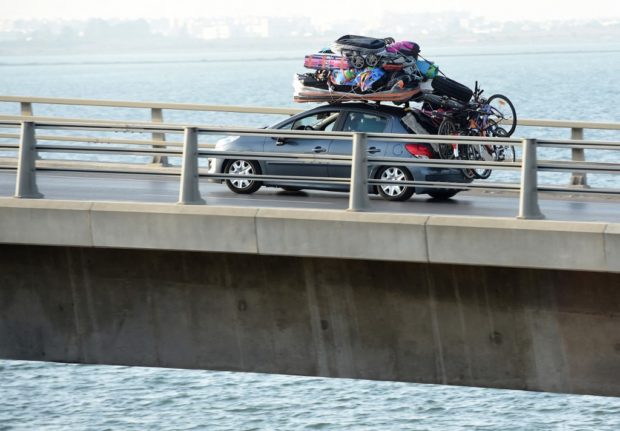 SECOND HOMES
Second-home owners: What can you bring to your French property?
Url copied to clipboard!