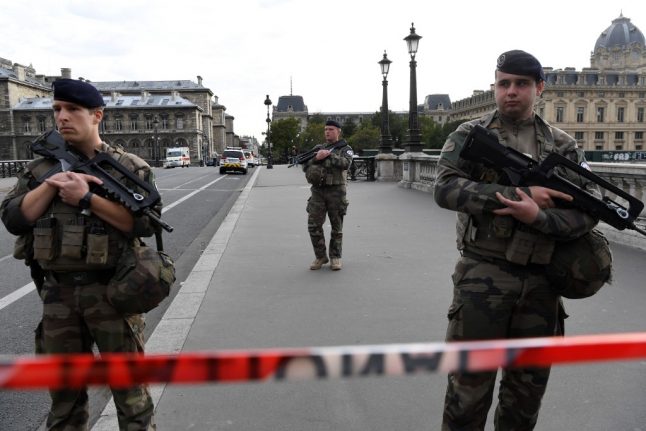 The investigation is today continuing into the attack at the Préfecture de Police in Paris on Thursday that left four people dead and fifth critically injured before the attacker himself was shot dead.

French police are today questioning the wife and brother of the attacker, an employee of the police department who had worked in IT services for nearly 20 years. French media are reporting that the 45-year-old man first launched his attack inside the offices, stabbing to death a 50-year-old police major, a 38-year-old administrative assistant and a police officer who was also 38.

As he left the building he attacked a 39-year-old female officer who worked for the Paris community safety team and beat her to death.

An administrator who worked in the human resources department was also seriously injured and she remains in hospital in a critical condition.

The motive of the attack is still unclear, with some saying that the man had a dispute with his bosses. It has also been reported that his wife told investigators that he had been hearing voices and was in a state of distress the previous night.

A police source told The Local that the suspect, who was deaf, converted to Islam in recent months, confirming reports in the French media. However there was nothing to suggest he had become radicalised.

“He was a very quiet person. I used to see him going to the mosque but he practised (his religion) in a normal way,” a neighbour, who asked not to be named, told AFP. Local residents said the man had two children aged 9 and 3.

Paris mayor Anne Hidalgo paid tribute to the victims saying that “Paris weeps” for the victims who, as members of law enforcement, had worked to keep Parisians safe.