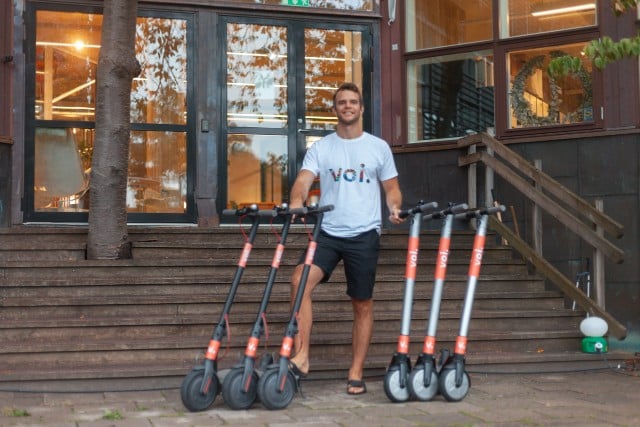 Voi is one of three companies selected. Photo: Voi

The companies who won tenders – Voi, Bird and Ciric – will each be allowed to put 2,000 electric scooters onto the streets of the southern port city, under the strict control of the local authority.

Only operators who had a local team on the ground, a commitment to preserve public space and clear line of communication with city officials were considered.

“I wanted good, regular contact with the operators, so choosing three companies seemed like enough to me, unlike other cities which have 18 of them,” Jean-Luc Ricca, Marseille's municipal parking and traffic adviser, told local media.

The popularity of e-scooters, or trotinettes, has rocketed across Europe in recent years. Although a convenient and eco-friendly means of transport, they've also brought with them problems including safety issues and vandalism.

In Marseille there has also been such a problem of people dumping scooters in the harbour that groups of volunteer divers have been forced to retrieve them. One person who will be watching developments in Marseille with interest is Paris mayor Anne Hidalgo, who announced earlier this year that she wanted to cut the number of operators from 12 to three in a bid to end the “anarchy of scooters”.

There are as many as 20,000 scooters in use in the French capital currently.

In May, Paris officials asked all scooter companies to sign a voluntary 'good conduct' agreement, and warned them that a limit on the number of firms being allowed to operate would be the next step.

Fredrik Hjelm, co-founder of Voi, said: “Marseille has rightly decided that e-scooter provision in the city should be closely regulated so that citizens can enjoy the benefits of this liberating new form of mobility, safely and responsibly…if cities are serious about cutting pollution and congestion and encouraging people out of cars, they should look closely at Marseille's model.”

A ban on riding e-scooters on pavements came into effect across France in September 2019.

The same month, a teenager riding an e-scooter was killed in Paris, after being hit by a car. His death was the latest in a series of fatal accidents involving scooters, following similar incidents in Paris, Reims and Yvelines.