The French may have a reputation as Gauloises-smoking hedonists but a new map by the country’s public health system reveals that people in certain regions are more partial to puffing on a cigarette than others.

Using a 2017 health barometer of data for people aged 18 to 75, the public body has mapped out where the highest and lowest rates of regular smokers are in each corner of France.

Parisians for example, who might be considered to be heavy smokers given the stress of living in the capital, are in fact the least likely to take up the habit.

Roughly 21 percent of people in the greater Paris region of Ile-de France are smokers, the lowest rate in the country, followed by Pays de La Loire with 23 percent in second place and Normandy in third with 25.6 percent.

By contrast in Provence-Alpes-Côte d'Azur in the south east, smokers make up nearly a third of the population (32 percent).

That makes people from Marseille and their coastal counterparts the heaviest smokers in France.

And whilst Normandy overall had a below average rate of smokers, more 17 year olds get hooked on the unhealthy habit than anywhere else in the country: 7.5 percent.

Overall anti-tobacco campaigns and price hikes appear to be convincing the French to kick the habit, with a drop in one million smokers from 2016 to 2017, taking it down to 12.2 million overall.

Other determining factors that according to Santé Publique France are having an influence on regional disparities in smoking habits are income and education levels.

The higher the level of wealth and education, the lower the chances of having nicotine dependency and the higher the probabilities of responding to health awareness campaigns. 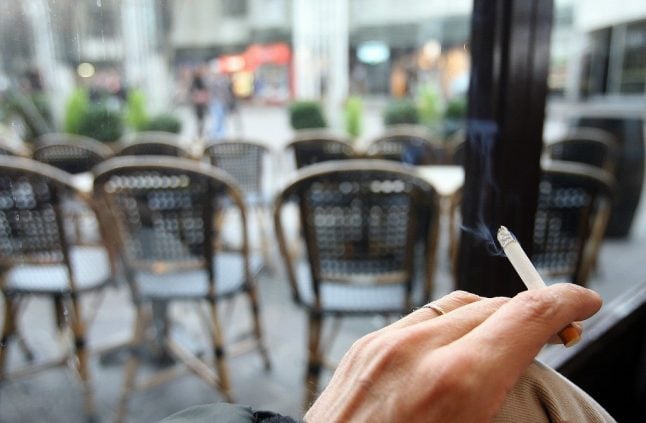 SMOKING
Will park and beach bans lead to France stubbing out its smoking habit?
Url copied to clipboard!