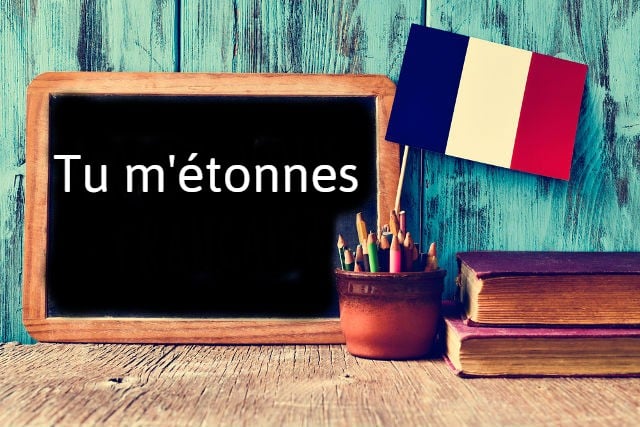 Why do I need to know tu m'étonnes?

This means the exact opposite of what you would think it means, so if it's said to you it's important to recognise the context. You might also need it yourself if you want to get sarky with someone.

Well its exact translation is 'you surprise me' but it's generally used in a sarcastic tone to mean the exact opposite. Some English equivalents would be 'You don't say' or 'tell me something I don't know' or even 'no shit, Sherlock'.

It's used to convey the sense that what a person has just said to you is boring, obvious or both.

So if a French pal comments to you Les négociations Brexit ne sont pas très réussies  (the Brexit negotiations are not going well) you can reply with a withering look and a tu m'étonnes.

Some other examples would be –  Ton pull de noel est bête. – Tu m'étonnes.

The traffic in Paris is bad today.  – You amaze me.

I don't think that Donald Trump is telling the truth. – No shit, Sherlock.

As the use of the informal tu suggests this is a phrase best used for friends, family and people you know well. We wouldn't really advise getting sarky with the kind of people you would use vous for (bosses, your mother-in-law, the judge overseeing your case).

And just a word of warning that although it's more commonly used as a sarcastic phrase, it can also be a sincere expression of surprise. Vous parlez français, anglais, italien et chinois? Tu m'étonnes! – You speak French, English, Italian AND Chinese? You're amazing!

It's all in the tone of voice, really.

For more French words and everyday expressions, head to our French Word of the Day section.