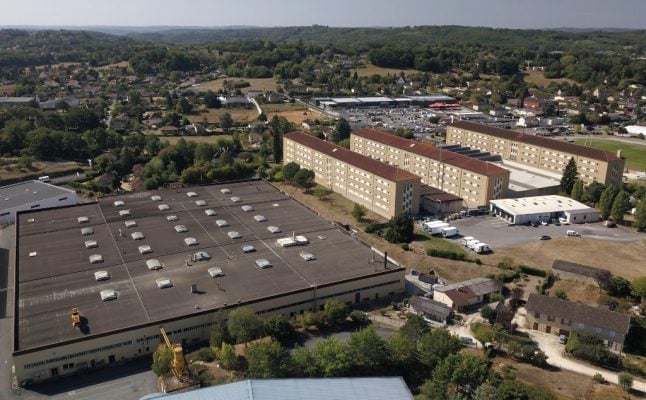 France's last tobacco factory in the heart of Dordogne has closed down. Photo: AFP

Gerard Chanquoi looks sadly at the conveyor belts of France's sole remaining tobacco processing factory as they whirl for the last times ahead of its final closure, a victim of changed economic times and a different public health landscape.

Anti-smoking campaigners may cheer its demise, but for its workers and local tobacco growers, the closure of the France Tabac factory after 34 years of operation is a devastating blow to the Dordogne region of southwest France.

“It's a fine mess,” lamented Chanquoi, 61, who has worked for over 30 years at the factory in the town of Sarlat-la Caneda.

“It makes you well up a bit, it's hard. I am at the end of my career, but for my friends… who have a decade of career ahead of them, it is tough,” he added.

In its heyday after opening in 1985 in one of France's main tobacco growing regions, the factory was a mainstay of the local economy, extending over 10 hectares (25 acres) and processing 20,000 tonnes of tobacco leaves from France and Europe every year.

“Our know-how is recognised across all of Europe,” said Chanquoi, looking ruefully at an almost empty warehouse where only years ago bundles of processed tobacco would have stretched to the ceiling.

“This used to be a hive of activity.” The homegrown tobacco used in cigarettes like Gauloises, beloved of French film icons and philosophers, used to be a symbol of France.

But the country's last cigarette factory, la Seita in Riom in the Puy-de-Dome region, closed in 2017 and the Gauloises brand is now produced in Poland.

The number of smokers in France remains above the average for a developed country, with 32 percent of adults aged between 18-75 smoking in 2018, according to official figures

But the number of people describing themselves as daily smokers has fallen sharply in recent years as the price of cigarettes has risen.

The production line at the factory in Sarlat-le-Caneda finally came to a halt just before midday on Monday. Some workers remain in the plant this week for a final clean-up before a meeting with the director next week ahead of being laid-off.

The factory's director Eric Tabanou said that announcing the closure to the employees was painful, while insisting there was no other option.

“We stood up in front of 200 employees. It was dramatic… The factory was on borrowed time, the end was inevitable,” Tabanou said.

Trouble began in 2010 when the European Union announced that, as part of its drive to cut smoking, tobacco producers would no longer receive subsidies from the bloc. “Tobacco production diminished from year to year and certain products were not in line with the demands of the market,” Tabanou said.

“Also, we had to submit to increased competition from tobacco manufacturers who would do anything to save a single cent.”

“French production makes up just one percent of Europe's output, and it is doomed,” Tabanou said.

French tobacco will now be processed outside the country, notably in Croatia.

“It is the turning of a page in our agricultural history,” Jean-Jacques de Peretti, the mayor of Sarlat-la-Caneda, said when the closure was announced in late August.

But some producers hope that all is not lost, and say they will focus on the high-end market and also producing the raw material needed to create vaping cartridges.

“It is a tough blow, but we will try and find new opportunities,” said Patrick Maury, who grows tobacco and also runs a dairy farm in Mazeyrolles, around 35 kilometres from Sarlat.

“Along with my son, we need this crop to live, it makes up 40 percent of our revenues,” he said.

Laurent Testut, head of the local Perigord Tabac cooperative, said the industry had managed to adapt before, for example by moving to lighter tobacco blends in line with changing tastes and regulations.

“We risk having to come closer to world prices, but it is up to us to focus on production niches. We have some leads already,” he said.